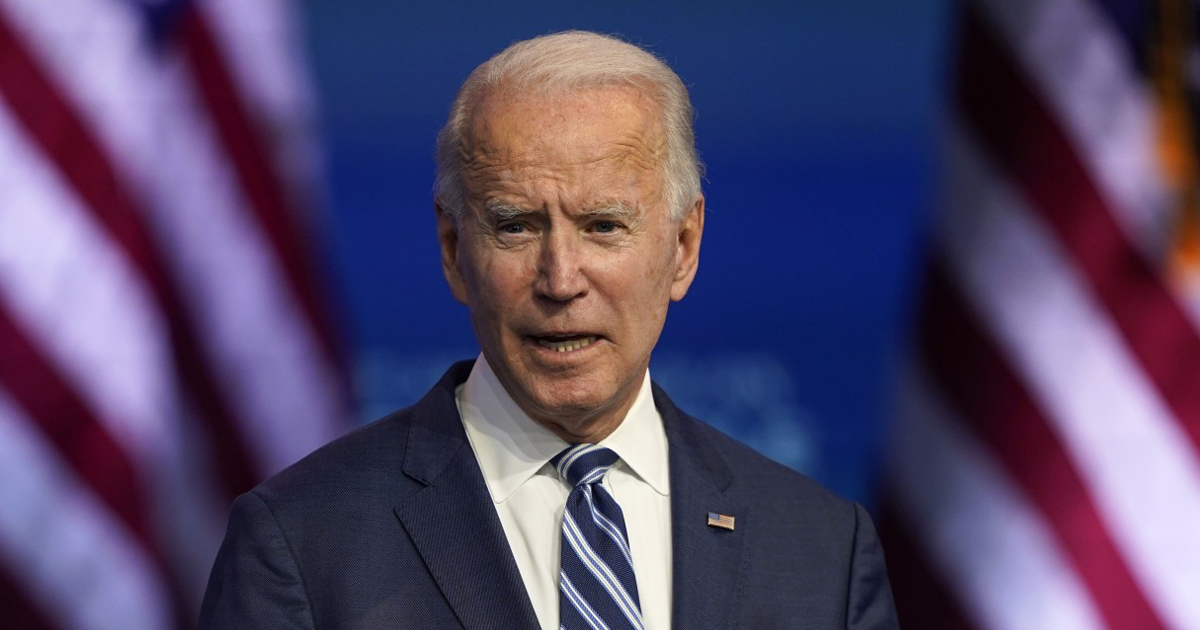 Biden 2 Months Ago: I Pledge Not To Declare Victory Until the Election Is Independently Certified

Democratic presidential hopeful Joe Biden has already proved he won’t be bogged down by following campaign promises, should he ultimately be declared the winner of the still-contested election.

In fact, the former vice president hasn’t even been officially declared the winner, and he’s already disregarding statements he made just recently about election integrity.

At the first presidential debate on Sept. 29, when Biden and Fox News host Chris Wallace teamed up to take on President Donald Trump, the Democrat vowed he would not declare victory unless the election was certified “independently.”

Wallace asked from his seat in Cleveland, Ohio, “Will you urge your supporters to stay calm while the vote is counted, and will you pledge not to declare victory until the election is independently certified?”

Biden delivered one of his clearest answers of the campaign, when he simply answered, “Yes.”

Wallace “Will you pledge not to declare victory until the election is independently verified?”

Biden added, “And here’s the deal. We’ll count the ballots. As you pointed out, some of these ballots in some states can’t even be opened until Election Day, and if there’s thousands of ballots, it’s going to take time to do it.”

But six weeks later, and a full week after the election, a winner has not been decided.

However, during the past week, Biden has taken the mainstream media’s vote projections, which ignore coming litigation and discount credible examples of election irregularities, and behaved as if he won a decisive victory.

“I am honored and humbled by the trust the American people have placed in me and in Vice President-elect Harris,” Biden said in a statement, NPR reported.

“In the face of unprecedented obstacles, a record number of Americans voted. Proving once again, that democracy beats deep in the heart of America,” he added.

“With the campaign over, it’s time to put the anger and the harsh rhetoric behind us and come together as a nation,” Biden concluded. “It’s time for America to unite. And to heal. We are the United States of America. And there’s nothing we can’t do, if we do it together.”

Biden’s Twitter feed also ignores the process that is playing out to tabulate votes and potentially disregard some of them down the road in the courts.

America, I’m honored that you have chosen me to lead our great country.

The work ahead of us will be hard, but I promise you this: I will be a President for all Americans — whether you voted for me or not.

I will keep the faith that you have placed in me. pic.twitter.com/moA9qhmjn8

Come January, we will work quickly with Congress to dramatically ramp up health care protections, get America to universal coverage, and lower health care costs.

Beginning on January 20th, Vice President-elect Harris and I are going to do everything in our power to ease the burden of health care on you and your families.

There are a number of scenarios that might seem unlikely, but could occur to deny Biden the keys to the Oval Office.

President Trump rightly refuses to concede an election that he and countless others feel was not fair nor conducted ethically in some of the country’s allegedly fraud-plagued urban centers.

Many people are only beginning to realize how vulnerable election software might be.

This election is not over, and Biden has already broken a major promise to the American people.

While the majority of the establishment media has prematurely called the race for Biden, those private companies are merely an arm of Biden’s party, so they hardly amount to being independent.

The independent General Services Administration has yet to clear Biden’s transition team to begin preparing for four years in the White House, and yet the candidate is masquerading around daily as the president-elect.

Biden is, however, making a mockery of the election by refusing to allow the American process to determine a winner.