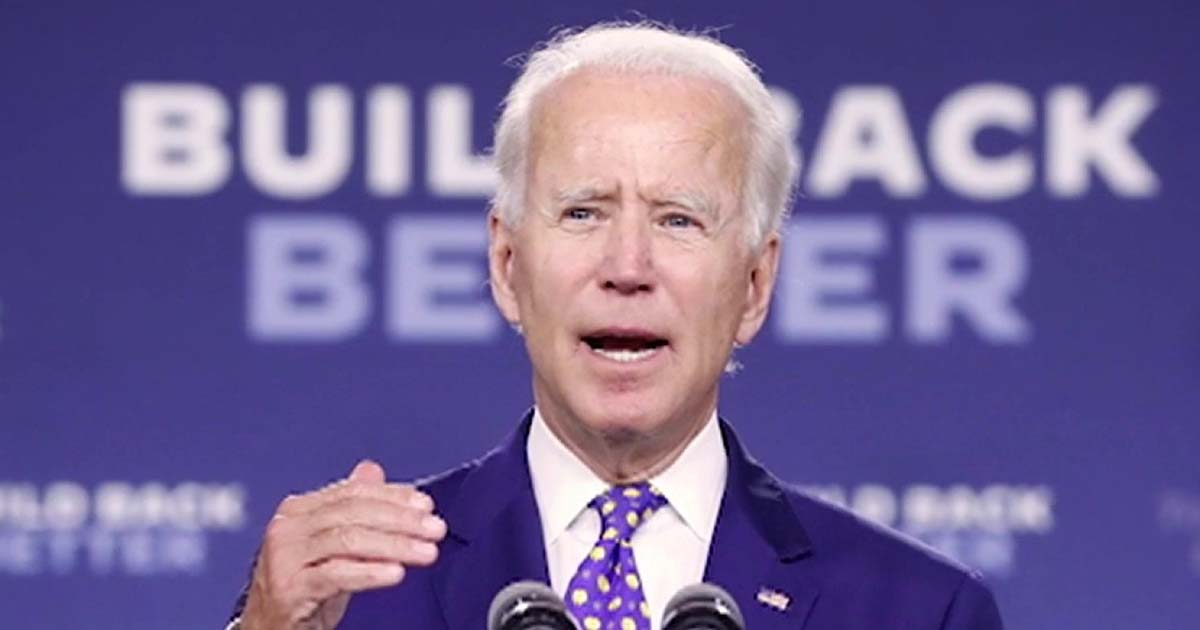 Now the Boilermakers Union Local 154 union leader says Biden is lying. John Hughes, the Business Manager of the union with workers predominantly in the states of Ohio, Pennsylvania, and West Virginia, stated on Saturday, as Breitbart reported:

The other day I’m watching the debate and I see Joe Biden tell everybody that the Boilermakers endorsed him and that is not true. And I would like somebody to tell me who — he said he talked to somebody — I’d like to know who he talked to in the Boilermakers because anybody I talk to did not endorse him. And I believe if you go onto our International [Boilermakers] website we have not endorsed a candidate this round, nor did the International Boilermakers endorse a candidate last time. We did not endorse Obama and Joe Biden last time because of their energy issues.

At the town hall, host George Stephanopoulos said to Biden:

You said you don’t want to ban fracking. As you know, it’s an important issue here in Pennsylvania. Not everyone buys your denial. A member of the Boilermakers Local 154 Shawn Steffee was quoted in the New York Times today saying “You can’t have it both ways.” It says, “You can’t meet your goal to end fossil fuels without ending fracking.” What do you say to people like Shawn who doubt your denial because they think you want to keep that promise?

Biden said, “Boilermakers overwhelmingly endorse me, okay? So, the Boilermakers Union has endorsed me because I sat down with them and went in a great detail with leadership exactly what I would do, number one.”

Former Pennsylvania Congressman Lou Barletta reacted to Biden’s claim: “I couldn’t believe it when Joe Biden blatantly lied at a town hall right here in Pennsylvania and said he was overwhelmingly endorsed by the Boilermakers. As a matter of fact, Boilermakers Local 154 endorsed President Donald Trump last month. And I knew this first-hand because I worked with John Hughes, the business manager, and Local 154 on that endorsement.”

As the United States continues to lead the world in oil and natural gas production it is imperative that we continue to battle over-regulations in the fossil fuel industries and fight for American energy production. My members and their families are dependent on these industries and it is imperative that we continue to develop new opportunities and energy infrastructure in America. Boilermaker jobs specifically rely on coal-fired power generation and we strongly encourage the advancement of Carbon Capture technologies which can secure future jobs for our members.

It is with great honor that I write this letter to endorse your campaign as you run for re-election of the President of the United States. I am happy to support your administration as you have proven to be a true friend of the Boilermakers, and I wish you the best of luck in your campaign.