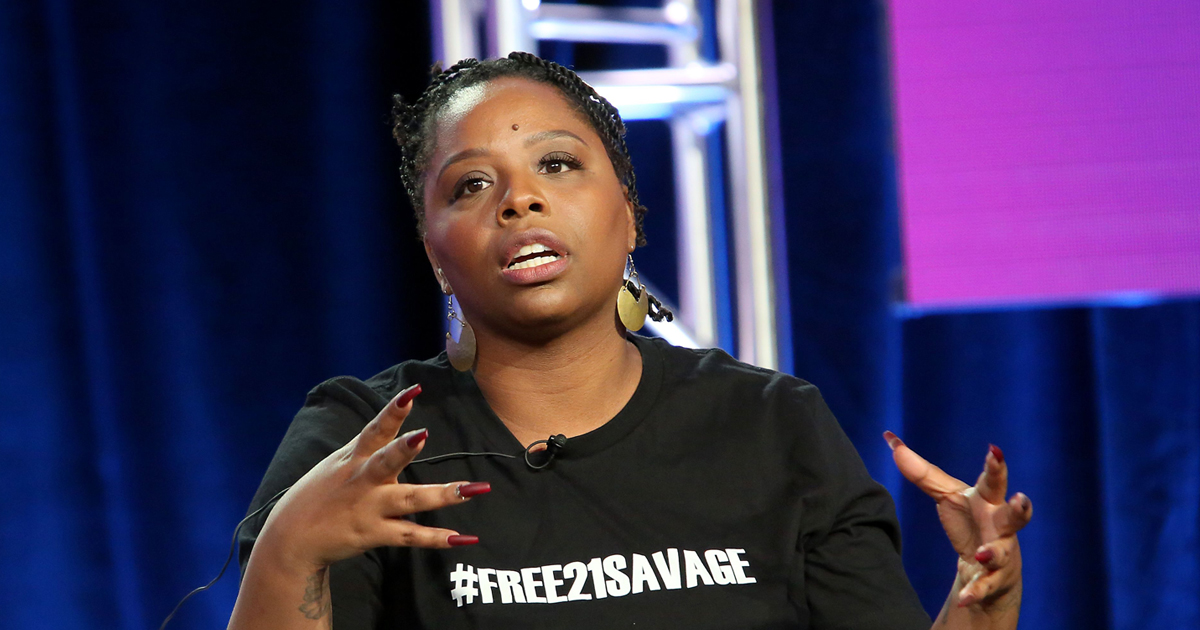 Patrisse Cullors, co-founder of Black Lives Matter, has called upon all of Hollywood to strike in response to the Jacob Blake shooting.

Speaking with The Hollywood Reporter, Cullors said that Hollywood could be a tremendous help to the Black Lives Matter movement if all of the unions, which have been severely hurt by the pandemic, would halt work to push for change.

“I think it’s time for talent, writers, executives, the guild and SAG to show up for Black lives as well,” Cullors said. “Join this strike. Now is the time and our movement is really looking to unions to step in in a particular way and say ‘We’re going to hold back on allowing for the exploitation and the degradation of Black communities to continue under our watch.’ I think Hollywood can really show up in this moment.”

Cullors said that the strike will focus on getting President Trump out of office and forcing the Democratic Party to deliver on their promises to the black community.

“People are tired of having to say the same thing over and over again, and not seeing the change that we deserve from either party, frankly,” she said. “I think the work that we’re up against right now is to ensure that we can get Trump out of office, but also ensure that we can get the Democratic Party to truly create policies that will make sure that Black people are protected from vigilantes and from police torture.”

On Thursday, after several teams voted to boycott the remaining NBA season due to the Blake shooting, ESPN Senior NBA insider Adrian Wojnarowski tweeted that a source indicated the playoffs will continue after a brief strike. Shams Charania of The Athletic confirmed that sources indicated the games could resume as early as Friday or this weekend.

Also on Thursday, actor Dwayne “The Rock” Johnson tweeted that he will be delaying the launch of his new Under Armour collection in solidarity with Jacob Blake and his family.

“Out of respect for Jacob Blake & his family we’ll postpone our @projectrock @underarmour PR3 launch today. I’ll keep you posted on our relaunch date. Unbelievable we’re here again. Shot 7xs. In the back. In front of his kids. There’s no progress without humanity,” he tweeted.

Out of respect for Jacob Blake & his family we’ll postpone our @projectrock @underarmour PR3 launch today. I’ll keep you posted on our relaunch date.
Unbelievable we’re here again.
Shot 7xs. In the back.
In front of his kids.
There’s no progress without humanity.

“Virtually all the studios who contributed in our narrative, in our pain, in our misrepresentation, in stealing our history and giving it to white people for over a 100 years, so I think these studios that we know and love should kick in to a studio that’s ran by black people with no outside influences, and whose movies and projects are owned by those black people,” he said on “The Breakfast Club.”

How Rich: Chelsea Clinton Is Telling Parents How to ‘Erode White Privilege’ Out of Their Children