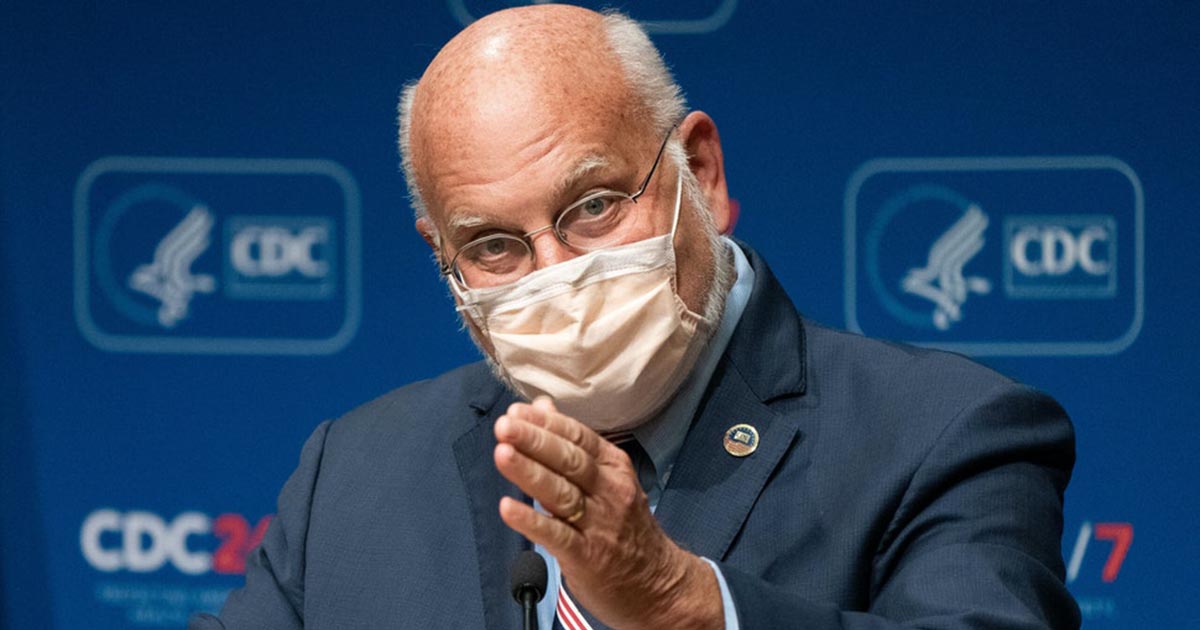 CDC Director Dr. Robert Redfield said on Thursday that K-12 schools should remain open because data shows that schools are among the “safest places” that kids can be from the pandemic, and attempts to close schools are nothing more than an “emotional response.”

“Today, there’s extensive data that we have—we’ve gathered over the last two to three months—that confirm that K-12 schools can operate with face-to-face learning and they can do it safely and they can do it responsibly,” Redfield said. “The infections that we’ve identified in schools when they’ve been evaluated were not acquired in schools. They were actually acquired in the community and in the household.”

“Today, as Dr. Birx said, our big threat for transmission is not the public square, it’s small family gatherings, family gatherings where people become more comfortable, they remove their face-mask when they get together and it’s this silent epidemic that begins to transmit,” Redfield continued. “But it’s not interschool transmission. The truth is, for kids K-12, one of the safest places they can be, from our perspective, is to remain in school, and it’s really important that following the data, making sure we don’t make emotional decisions about what to close and what not to close, and I’m here to say clearly the data strongly supports that K-12 schools—as well as institutes of higher learning—really are not where we’re having our challenges.”

He added, “And it would be counterproductive from my point of view, from a public health point of view, just in containing the epidemic, if there was an emotional response, to say, ‘Let’s close the schools.’”

CDC Director Robert Redfield pointing out the obvious that triggers teachers unions, which is "[t]ere is extensive data" that "confirm[s]…K-12 schools can operate with face-to-face learning and they can do it safely and they can do it responsibly." pic.twitter.com/o4nMS81Axp

Over the summer, Redfield said that the threat of suicide, drugs, and the seasonal flu represented a “far greater threat” to kids than the coronavirus.

“So this is why I keep coming back for the overall social being of individuals,” he continued, “is let’s all work together and find out how we can find common ground to get these schools open in a way that people are comfortable and their safe. And if there is a need for investment and resources, just like there is a need for some of the underprivileged children that are probably better served if they have certain comorbidities to do homeschooling, they need the access to be able to have the computer and the internet to do that.”

“The goal is to get all these kids back into education,” concluded Redfield. “I’d like to see the goal being face-to-face education, five days a week, as when we get there, then we’ve got there for those children that don’t have an underlying significant comorbidity that would preclude it. And, hopefully, the states and the federal government will work together to see that the resources to get these schools fully operational come to bear.”