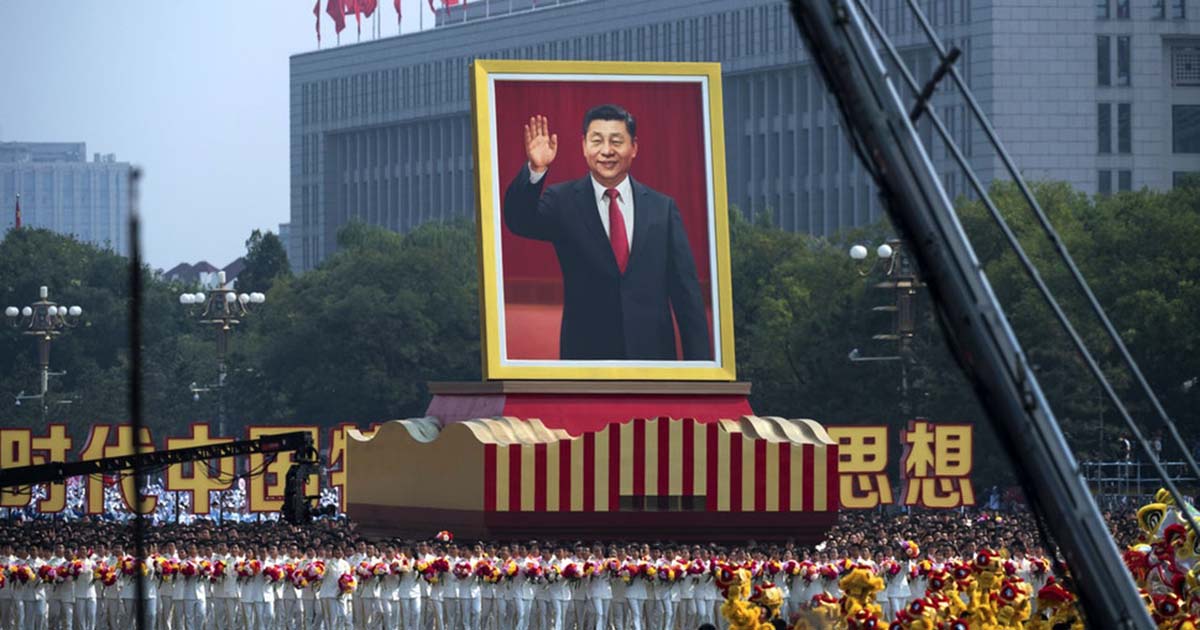 The Chinese Communist Party (CCP) is reportedly forcing people of faith to renounce their beliefs and replace religious symbols and imagery with portraits of Chairman Mao and President Xi Jinping.

The reports come from Bitter Winter, a publication that the U.S. Department of State has cited in official reports and describes as “an online magazine on religious liberty and human rights in China.”

A few months ago, communist officials in Linfen reportedly called officials from all the local towns and villages under its governance for a meeting.

“The participants were ordered to remove crosses, religious symbols and images from the homes of people of faith who receive social welfare payments and replace them with portraits of Chairman Mao and President Xi Jinping,” Bitter Winter reported Tuesday. “The officials were instructed to annul the subsidies to those who protest the order.”

A member of a church there told the publication that the communist officials tore down religious writings and a calendar of Jesus in his home and replaced it with an image of Mao Zedong, the most murderous dictator in world history.

The communist official reportedly told the person, “Impoverished religious households can’t receive money from the state for nothing — they must obey the Communist Party for the money they receive.”

“A preacher from a house church received a visit from local officials in May,” Bitter Winter claimed. “They removed a cross and images of Jesus from his home and posted a portrait of Mao Zedong.”

“All impoverished households in the town were told to display Mao Zedong images,” the preacher said. “The government is trying to eliminate our belief and wants to become God instead of Jesus.”

The publication also highlighted several alleged examples of people who were cut off from welfare because they refused to sign a statement renouncing their faith.

Bitter Winter reports on all religious persecution in China, including China’s treatment of Muslims, which includes being taken to concentration camps and being subjected to forced labor.

Reports documenting the Chinese Communist Party’s attempts to get people to renounce their Christian faith have been around for some time. The Washington Post reported in 2017:

Jesus Christ won’t drag you out of poverty or cure your illnesses, but the Chinese Communist Party will, so take down those pictures of Christ and put up a nice photograph of President Xi Jinping.

That’s what thousands of villagers in southeastern China have been told by local officials, in a sign of the growing cult of personality around the country’s powerful leader, as well as rising pressure on Christian worship.

Qi Yan, chairman of the Huangjinbu people’s congress, told The South China Morning Post in 2017, “Many poor households have plunged into poverty because of illness in the family. Some resorted to believing in Jesus to cure their illnesses. But we tried to tell them that getting ill is a physical thing and that the people who can really help them are the Communist Party and General Secretary Xi.”

“Many rural people are ignorant. They think God is their saviour,” Qi said. “After our cadres’ work, they’ll realise their mistakes and think: we should no longer rely on Jesus, but on the party for help.”

“Help turn those who believe in religions into believing in the Party” pic.twitter.com/dKXnmX1KK8

Declassified FBI Memo Shows Russia May Have Interfered – To Hurt Trump Campaign, Not Help It