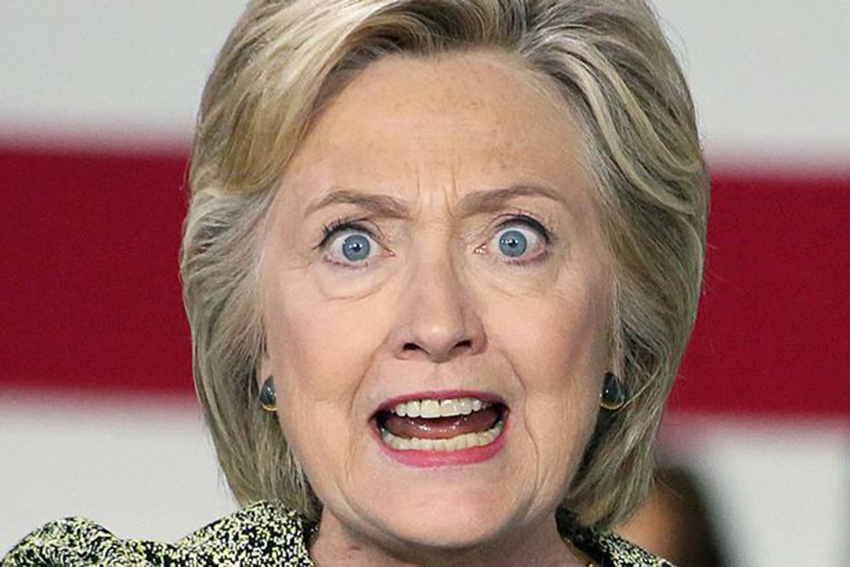 Dedicating over 1,600 words to the cartoon flash game Hilltendo, which lets you play as Clinton riding a bomb while she destroys emails, CNN claimed the game was part of a Russian effort to influence the 2016 presidential election, prompting mockery from Russian news outlets and Twitter users alike.

Russians released an anti-Clinton video game called "Hilltendo" weeks before the 2016 US presidential election. It may look silly on the surface, but a CNN investigation finds it may indicate an intent to track users and target them with ads https://t.co/e1T29n4yOz pic.twitter.com/nBw16TdNpT

-"Help Hillary delete as many classified emails as possible"

-"How much money can Hillary get from the Arab states?"

“It’s one of the strangest ways yet discovered that Russians tried to influence the American election. But it’s indicative of just how creative Russian internet trolls were willing to be,” claimed CNN in their article. “On the surface, it looks like a silly, Flash-based game of the sort that populated the internet for years. Yet Hilltendo appears to be more sophisticated than that.”

CNN argued that the basic flash game was “sophisticated,” because those who played the game could later be targeted with related anti-Clinton advertisements online.

“Jonathon Morgan, whose company New Knowledge tracks the spread of misinformation online, said the game is an example of how sophisticated and expansive Russian propaganda is and why it’s difficult for any one social media platform to solve the problem,” they declared, before detailing what happens in the flash game.

The game consisted of three levels, starting with this one: “Help Hillary delete as many classified emails as possible before she is caught.” Players controlled a Hillary Clinton character who sits on a missile and eliminates emails, all while avoiding FBI agents.

The next level asked: “How much money can Hillary get from the Arab states?” At the top of the screen, nations’ flags drop money. At the bottom, the Clinton character holds a basket to collect the cash as it falls.

The final level challenged users to “Help Hillary throw the Constitution as far as possible,” and it included caricatures of then-President Barack Obama and former President Bill Clinton.

CNN then spent paragraphs attempting to link the game to the Kremlin.

Though CNN dedicated nearly 2,000 words to the flash game that allegedly sought to influence a U.S. presidential election, they noted that the game did “not appear to have achieved virality on Facebook or Twitter,” and was only played 19,000 times.

“In the process of investigating the game’s origins, CNN downloaded the Hilltendo video game’s computer code. We reviewed every line of code and received help from Amanda Rousseau, senior malware researcher at the cybersecurity company Endgame,” the news outlet proclaimed. “Buried within the thousands of lines of code were mentions of ‘kek kek,’ online slang predominantly used by alt-right trolls to represent laughter.”

The investigatory report was quickly picked up by Russian media, including Russia Today (RT), who mocked CNN.

The report was also mocked by users on Twitter.

This game was so popular that we're hearing about it now, 16 months after the election

Embarrassing for all involved, esp. CNN's "investigative reporter". And I love "it may indicate an intent" (="we have no idea, and no one knew about this game, but we still want to scare you") pic.twitter.com/QRCRH2DrwJ

Where can we play this fun game #Hilltendo

Hillary Clinton infamously mentioned popular smartphone game Pokemon Go during a campaign appearance in which she urged young voters to “‘Pokemon Go’ to the polls.”

Feranand March 12, 2018
| | |
CNN are a bunch of idiots. All they do is dig their hole deeper and deeper. They got a load of nut cases over at that network. That's not a new network, it's a psychiatric institute. A bunch of sorry, low life indivduals.
0 0
0
Reply