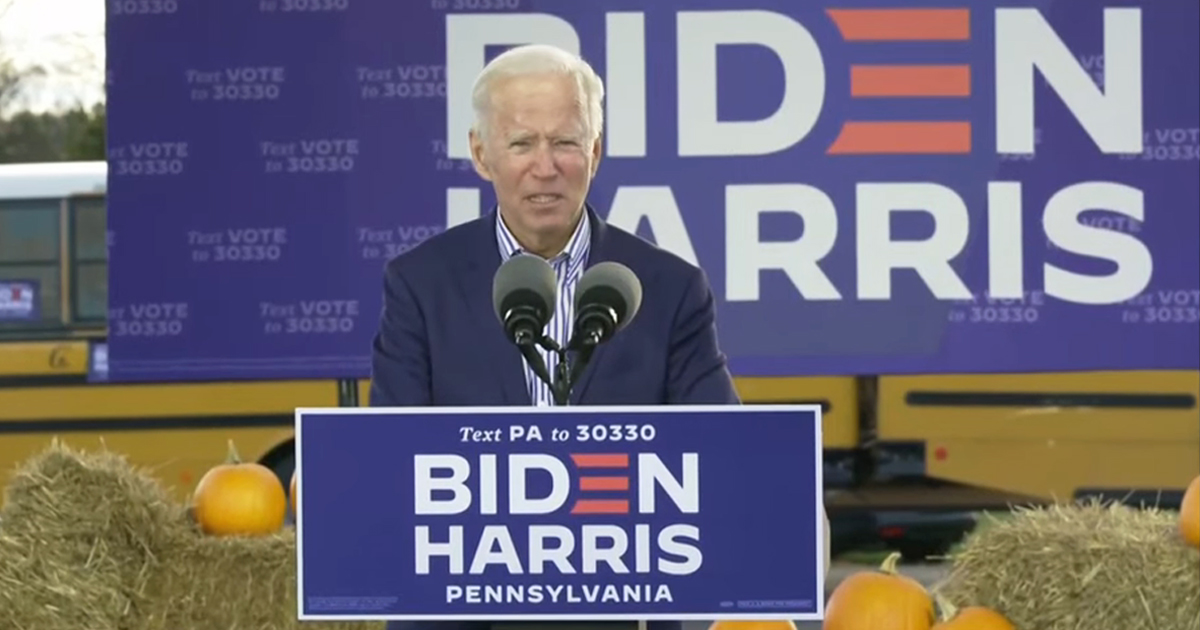 Yet another brain freeze from Former Vice President Joe Biden went viral Friday — a clip from an October 24 rally speech in Dallas, Pennsylvania, where he bizarrely failed to read the phrase “true international pressure” from his teleprompter.

The disturbing moment, which went unnoticed until the Trump campaign isolated it on social media, came nearly ten minutes into Biden’s stump speech:

“I’ll lead an effective strategy to mobilize truaninonashufodopressure,” he shouted to an audience in Luzerne County, Pennsylvania.

“I’ll do what he’s unable to do. I’ll lead an effective strategy to mobilize true international pressure, isolate and punish China,” a transcript posted by CNN said.

Biden, who is approaching his 78th birthday, has run a tightly controlled campaign with long rests between his public appearances, seemingly to minimize the number of “brain freeze” moments that have plagued his third run for the presidency. However, as the final week of the race has forced him to conduct more campaign events, he has suffered more and more embarrassing episodes.

The Daily Mail reported Jill Biden muttered “Trump” under her breath in an apparent attempt to get Joe to correct himself.

Meet The State Trooper Who Got Transferred For Dating Gov. Cuomo’s Daughter