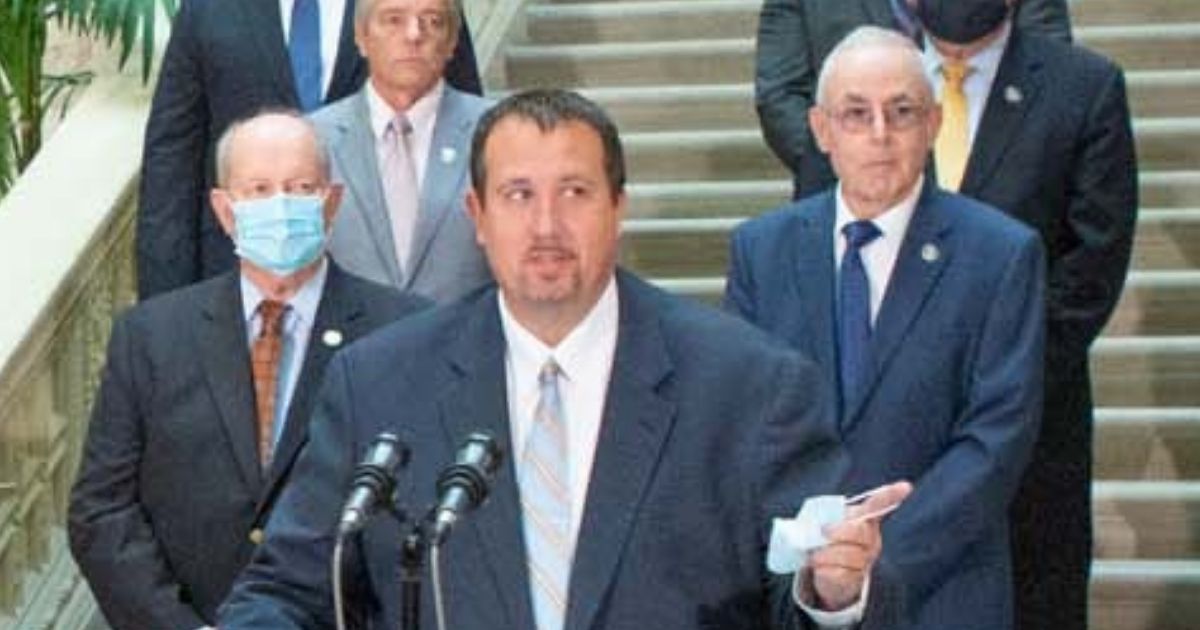 Dominion Voting Systems Lawyers Up, Backs out of Oversight Hearing at Last Minute

The company that makes many of the voting machines used in this year’s controversial election said yes and then no when asked to sit down with Pennsylvania lawmakers to answer questions about the company’s machines.

Dominion’s machines, which have a history of concerns, were used in many counties in Pennsylvania. President Donald Trump has questioned whether the machines were a factor in the apparent election of Democrat Joe Biden.

Now it is learned that the horrendous Dominion Voting System was used in Arizona (and big in Nevada). No wonder the result was a very close loss!

While there have been multiple alleged instances of voting irregularities in multiple states, proof has yet to surface of widespread nefarious activity that affected the final results of the presidential election.

To get to the bottom of the issue, Republican state Rep. Seth Grove, acting chairman of the State Government Committee, said the company had pulled out of a scheduled appearance before his panel.

“The members of the state government committee were looking forward to publicly addressing the plethora of accusations of Dominion Voting Systems in a format which would have allowed open and honest dialogue. I was impressed at what appeared to be the willingness of Dominion Voting Systems to address accusations, and it would have put the 1.3 million Pennsylvanians who used their machines at ease, including myself,” he said Friday, according to The Epoch Times.

“Unfortunately, last evening, Dominion Voting Systems lawyered up and backed out of their commitment,” he said.

Video of today's #PAHouse State Govt Cmte press conference after Dominion Voting Systems abruptly canceled its appearance at a hearing planned for this AM.

Grove said the turnabout does not look good for the embattled company.

“Instead of running towards the light of honesty and integrity, Dominion Voting Systems retreated to the darkness. Why? Why would a vendor of public goods fear discussing their products sold to the public for the public good?” Grove said.

“If Dominion’s products were successful and operated as they were supposed to, why wouldn’t Dominion take the opportunity to publicly review its success? How hard is it to say, ‘our ballot machines worked exactly as promised, and they are 100 percent accurate?’”

In a video posted to his Facebook page, Grove said that he had been looking forward to what he called an “open forum discussion” to discuss the veracity of claims that the machines themselves might be part of the widespread irregularities noted in the election.

“They walked away from the table. There was no reason for them to do that,” he said, noting that no legal action against the coming is on the horizon.

“If you’re not litigated, and we ask you to come before us, we expect you to fulfill your promise and come before us to address the questions that people have,” he said.

“It’s not going to change the outcome, but we need to know what happened. Dominion is part of that. There are broad accusations, I didn’t say they were true. I didn’t validate any of those accusations. We wanted to give them the opportunity to address them. They chose not to. Why?”

“It adds more skeptical issues with our constituents moving forward,” he said.

Kay Stimson, Dominion’s vice president of government affairs, explained the change in a statement, saying the company did at first agree to the hearing.

“However, that conversation was overshadowed yesterday by threats of litigation coming towards our company during a national press conference,” she said. “As we await the opportunity to debunk the baseless conspiracy theories being offered about Dominion and its voting systems in a court of law, we had to ask for a postponement of the discussion. Notably, our company doesn’t even support Philadelphia, or some of the other jurisdictions being targeted by attorneys in their remarks.”

Republican state Rep. Dawn Keefer said Dominion was offered a chance “to demonstrate who they were, the services they were providing, the products that they were selling us and how they were being utilized, and give the voters the confidence that they’re looking for.”

“My job is to figure out what happened and how we do it better,” Grove said, according to the Beaver County Times. “If they have nothing to hide, why are they hiding from us?”

Grove said that he was “mad and frustrated” the panel could not put any allegations to rest.

“I want it off the table so we can focus on the actual election process administration and laws of the commonwealth,” Grove said.

“That’s my focus. I can’t get there with all this other noise and sound out there.”