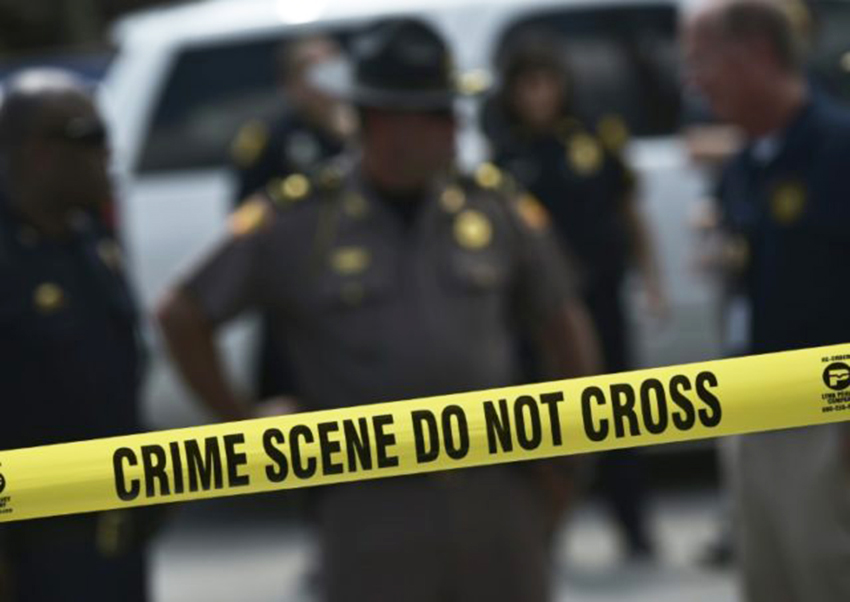 FL Speaker Richard Corcoran: ‘There Are Numerous Reports’ of a ‘Stand-Down Order’ to Deputies During School Shooting

The Speaker of the Florida House of Representatives Richard Corcoran is investigating “numerous reports” alleging the possible issuance of a stand-down order to law enforcement during the earliest moments of the mass shooting at Marjory Stoneman Douglas High School.

Corcoran, a Republican from Florida’s Pasco County, made his comments during a Monday interview on SiriusXM’s Breitbart News Tonight with co-hosts Rebecca Mansour and Joel Pollak.

Any issuance of a stand-down order would have likely come from Broward County Sheriff Scott Israel, said Corcoran.

“There are numerous reports that there was a stand-down order, and that would have come above either of the school resource officer that was in the school that failed to go in or the officers outside,” said Corcoran. “That would have come from above and probably been approved by [Sheriff Scott Israel], himself.”

Issuance of stand-down orders are violative of established policy, said Corcoran: “It’s also against crisis protocol. If you go to any of these other school tragedies, it’s basic protocol that as soon as you hear shots, everyone goes in.”

CNN reported that four Broward County deputies — including one permanently assigned to the school: Scot Peterson — remained outside the school as the mass murder unfolded, neglecting to engage the perpetrator.

Police searching for Nikolas Cruz desperately needed to know where he was at Marjory Stoneman Douglas High, as students cowered behind locked doors. But their colleagues looking at security monitors in another building fed them wrong information because they didn’t realize — or didn’t convey — that they were watching a recording rather than a live feed, Chief Tony Pustizzi said.

The “communication failure” led police to believe they were tracking the shooter in real time, when in fact they were seeing footage from 20 minutes earlier, the chief said.

Corcoran listed multiple internal investigations claimed to be undertaken by the Broward County Sheriff’s Office related to its dealings with Nikolas Cruz and its response to the mass shooting:

[Scott Israel] investigated his school resource officer and decided he didn’t go in when he should have, and he fired him, but it took him eight days to do so. He’s now investigating officers on the outside why they didn’t go in. He’s investigating whether once the officers did get in, when we know at the point that they got in, there was no active shooter, because they wouldn’t have gone in. But at the point they got in, then they started holding first responders and not allowing them in. So he’s investigating that incident, these are the sheriff’s own words. Then he’s also investigation the umpteen calls — [18 of 23] dealing with Cruz — where deputies went out there being told that he was going to be a school shooter and nothing was done. He’s investigating at least two, by his own admission, of those incidents.

Israel also entered into what Corcoran described as a “no-arrest policy” with the school superintendent regarding crime at Stoneman Douglas High School. In an interview on Friday’s Breitbart News Tonight, Conservative Review’s Michelle Malkin described this policy as implementing racial and ethnic quotas into schools’ disciplinary guidelines.

[Scott Israel] is investigating a deal that he made with the superintendent that basically created under Obama a no-arrest policy. So he basically said, ‘Don’t tell me unless it’s a serious crime.’ Now we know that [Nikolas Cruz] was bringing bullets, knives, all kinds of things to school. All of them were given to the Broward County Sheriff’s Office; nothing was done. And now he’s investigating whether that happened, too, after he basically entered into an agreement with the school board not to tell him.

Israel refuses to take responsibility for his own failures, said Corcoran: “[Scott Israel] won’t ever come out and say, ‘Hey, maybe this whole culture of incompetence and absolute abject neglect is because the head of the agency needs to go.”

Barbra Streisand Blames Trump for Florida Shooting: He ‘Brings Out the Violence in People’