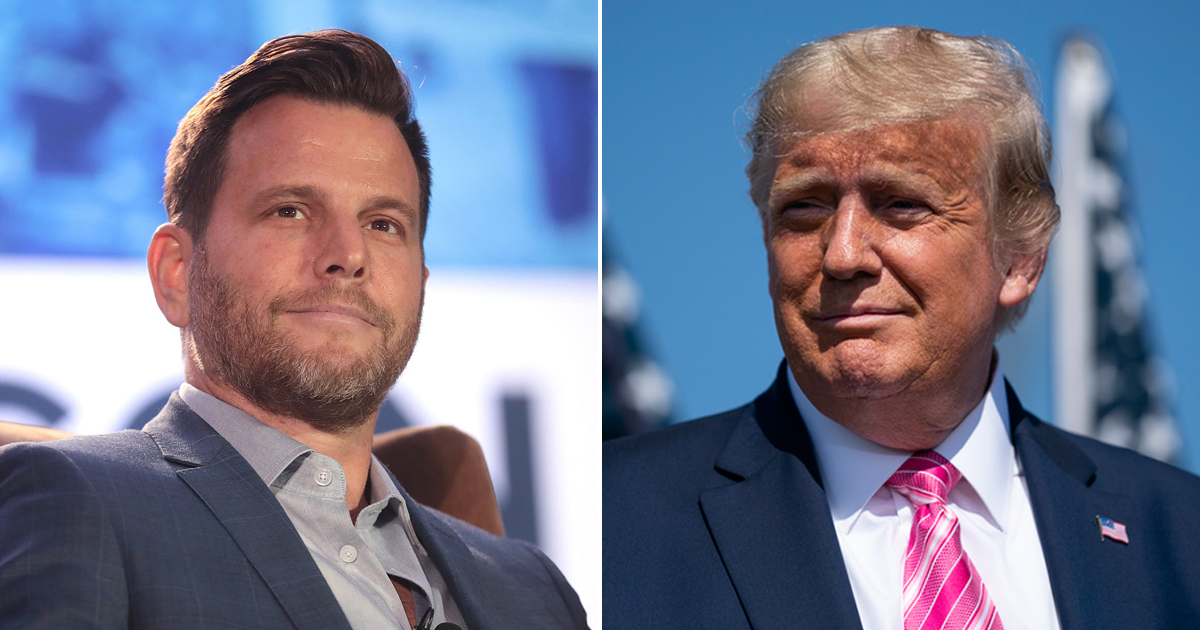 Former Dem Dave Rubin Reveals He Voted for Trump: Trump Is the Only Way To Stop the Radical Left

The left has become so radical in their political battle against the right that they are facing the consequence of losing voters in the middle.

Rubin said Thursday on the Fox News morning program “Fox & Friends” that he voted in the past for former President Barack Obama and failed Democratic presidential nominees John Kerry and Al Gore.

Now, for the first time ever, he’s supporting a Republican presidential nominee.

“As most of your audience knows,” Rubin told Fox, “I’ve been a lifelong Democrat: I voted for Obama twice, I voted for Gore, I voted for John Kerry. This is the first time I’ve ever voted for a Republican president.”

Although Rubin doesn’t necessarily see Democratic presidential nominee Joe Biden as a radical himself, he sees the Biden-Harris campaign as a Trojan horse for the radical doctrine spouted by the likes of liberals like Reps. Alexandria Ocasio-Cortez of New York and Ilhan Omar of Minnesota.

And Trump is “the last bulwark” to stop it, he said.

“I see Trump as basically the last bulwark to stop the radical left,” Rubin said. “Joe Biden himself may not be radically left — it’s a little unclear what Joe Biden is and what he stands for at this point — but what’s coming behind him, what the future of the Democratic Party is, is this progressivist left, this collectivist left, the AOC-Ilhan Omar Democrats, and [Biden’s] just the guy that they’re smuggling it in with and I think that is the worst set of ideas possible.

“It’s counter to everything America is all about.”

But Rubin’s vote for Trump isn’t simply a “counter-vote” against radical Democrats, he said. He also believes the president is indeed the right person for the preservation and prosperity of America.

“On top of that, by the way, this isn’t just a counter-vote. I think Donald Trump has actually done a lot of good,” Rubin said, “You know, until the last two months, I thought peace in the Middle East — I thought that was something we all wanted.

“Apparently, that’s not something we all want.”

Trump has indeed done remarkably well in leading our country when it comes to foreign policy.

Moreover, despite the economic fallout from the coronavirus pandemic, Rubin indicated that Trump has handled the economy admirably.

“I think [Trump’s] done things internationally where suddenly countries are realizing, ‘Oh, you’ve got to play by the rules. The U.S. isn’t going to pay for everything.’”

According to Rubin’s experience as an ex-Democratic voter, there’s a fundamental difference between leftists and Trump supporters — patriotism.

“You know, part of me also likes kind of being patriotic, and there’s no feeling of that on the left anymore,” Rubin said.

“This is a great country. For 250 years we’ve given more opportunity than any other country in the history of the world and I think we can continue that, but we can only continue it if we have a president that believes in the Constitution and believes that America is fundamentally good.”

A political party riddled with anti-American sentiment and doctrine can and will gut and replace the values and rights expressed in the very Constitution that is meant to protect them.

“Look, I’m here in LA, in California, so this is lefty crazy town,” Rubin added.

“You see the Biden-Harris signs; You don’t really see Trump signs. You see them at the parades now and they’ve had this huge weekly one in Beverly Hills that I went to, which was absolutely unbelievable and a lovefest and tons of great people of every background were there.”

“But usually now, at this point, when I see American flags in my neighbors’ yards or when I’m just driving around town, that to me signals somehow Trump support, because why would you put up and American flag if you’re a Democrat at this point? Because they’re telling you that the system is racist, America was founded on slavery, they want to change all of the rules of the past and tell you how bad everything is.

“So, the American flag, in an odd way, has become a proxy flag for Trump 2020, which is sort of an unfortunate state of things, but it’s just sort of where we’re at.”

If the left despises everything America stands for, then who are they?

Could their political endgame be anything other than replacing America with something else?

Trump supporters, including ex-Democratic voters like Rubin, are voting to protect the welfare of America from falling into the hands of leftist radicals this presidential election.