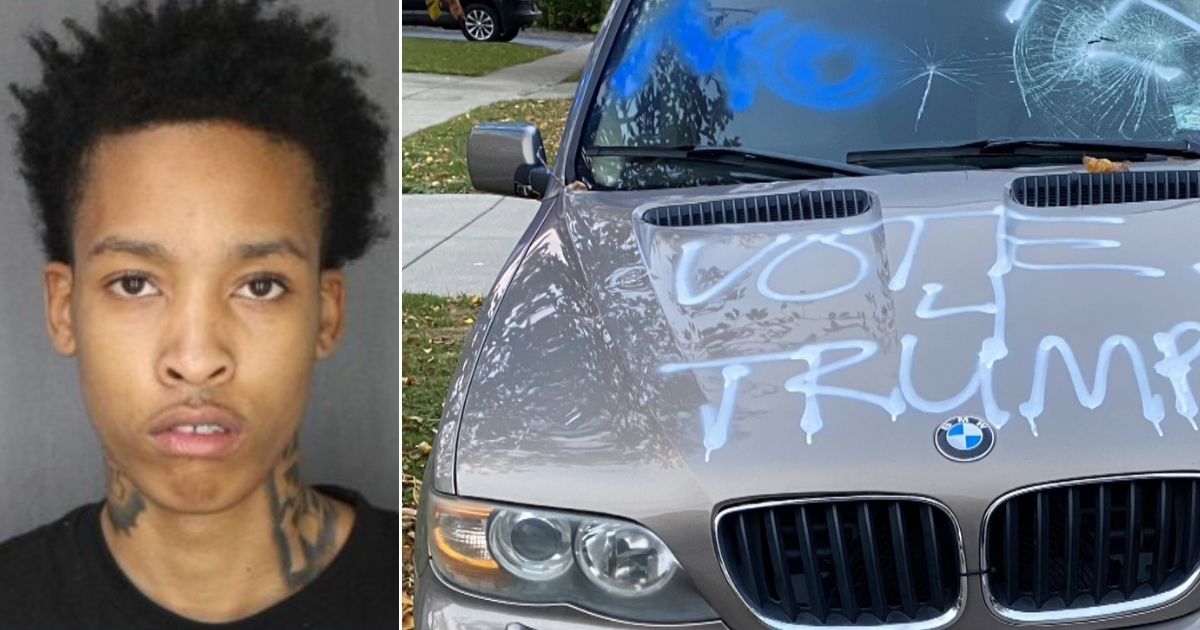 Yet another alleged hate crime turned out to be a hoax, this time in Buffalo, New York.

Clifton Eutsey, 18, claimed his BMW X5 was vandalized as part of a hate crime, with the perpetrator writing every message left-wing provocateurs think the Right believes. Spray painted across the SUV were racist and homophobic slurs, including the n-word and “KKK,” as well as anti-Black Lives Matter messages containing profanity. To top it all off, the alleged perpetrator painted a message supportive of President Donald Trump and put sugar in the gas tank, WGRZ reported. The outlet reached out to Erie County GOP officials for comment because of the Trump slogan.

But a month after the initial story gained local media headlines, Erie County District Attorney John Flynn announced that Eutsey, the owner of the vehicle, was being charged with multiple crimes in relation to the incident. WGRZ reported that Eutsey was charged with:

Eutsey faces up to 7 years in prison for the crimes and is due back in court on January 11, 2021. Eutsey posted bail and was released from jail after his arrest.

He also faces another felony charge for an unrelated incident, WGRZ reported.

“It is alleged that on October 24, at 9:00 p.m., Buffalo Police officers saw Eutsey leave a vehicle unattended with the engine running outside of a home on Erskine Avenue,” the outlet reported. “Eutsey returned and drove the vehicle on Erskine Avenue toward Suffolk Street when he was stopped by Buffalo Police. Officers allegedly found he was driving without a license and had two loaded, illegal firearms on his person, according to investigators.”

“He was arraigned before Buffalo City Court Judge Amy C. Martoche on two counts of Criminal Possession of a Weapon in the Second Degree, Class ‘C’ violent felonies. He was also charged with vehicle and traffic law violations for driving without a license and leaving a motor vehicle unattended,” WGRZ continued.

This is just the latest in a continuing series of people claiming to be the victim of hate crimes when they were the perpetrators. In July, The Daily Wire reported on Texas A&M University student Isaih Martin, who made headlines after claiming he found racist notes on the windshield of his car.

“All three signs were different signs, and one said ‘All lives matter’ and the other said ‘You don’t belong here’, and the other was very explicit, it said the n-word with a hard ‘r’,” Martin claimed in an interview with KBTX. “For them to tell me I don’t belong here, when I have earned my spot like everybody else here, and am working to get a degree like everyone else is, that was just kind of hurtful because if anything I deserve to be here just as much as anybody else.”

Police closed the case several weeks after Martin’s report, determining that Martin was the only person who could have left the notes, after telling police he parked his car and didn’t return for 90 minutes, while security footage showed him returning to his vehicle during that timeframe.

That same month, The Daily Wire reported on an Oregon politician who claimed he received a racist letter, which was later determined to have been sent by himself.