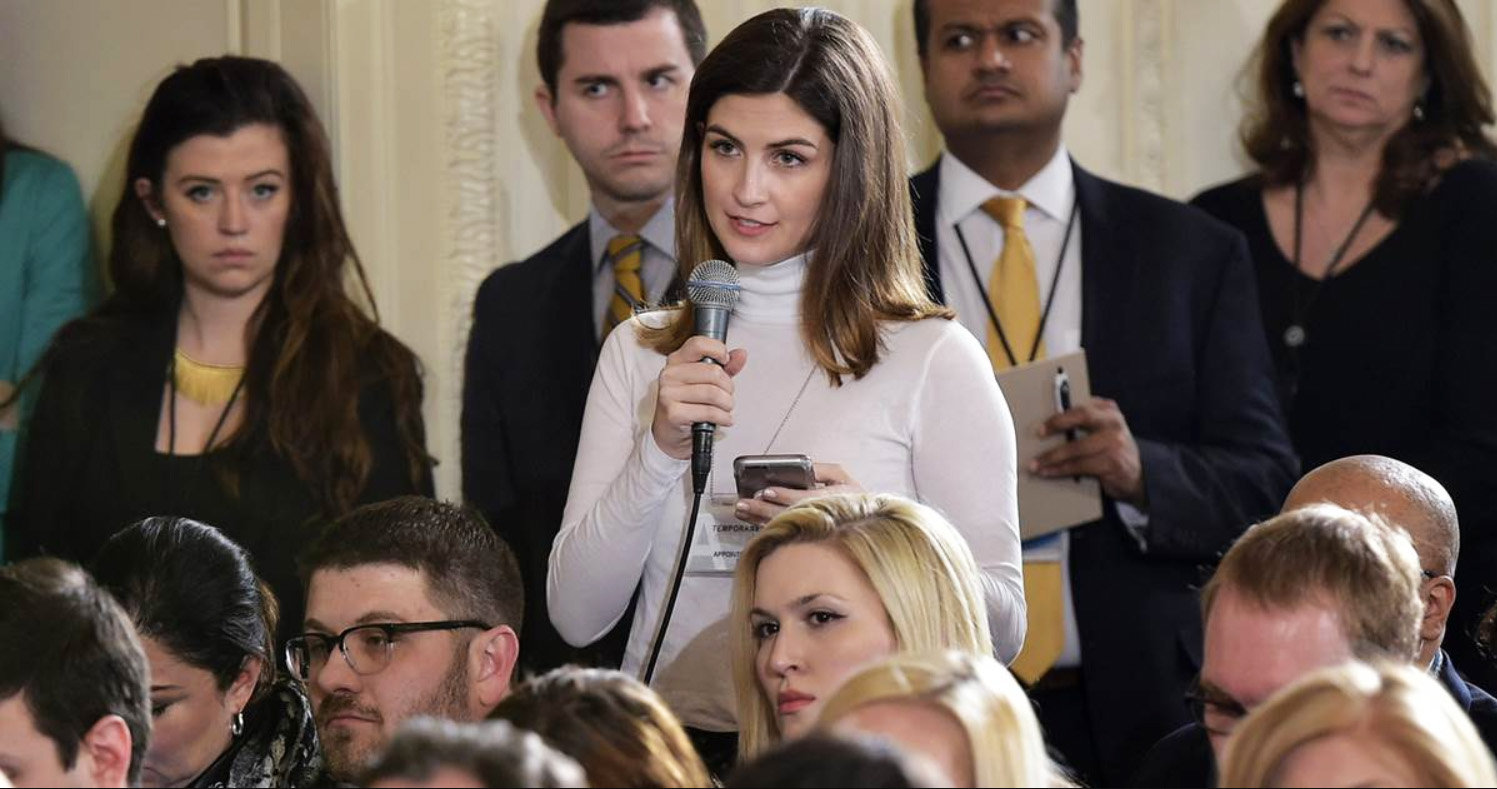 To hear the liberal media tell it, the horrible Trump administration, bent on destroying the First Amendment, has barred a legitimate journalist from covering the White House.

Or as The New York Times put it: “The White House barred a CNN journalist from attending a public appearance by President Trump in the Rose Garden on Wednesday, an apparent act of retaliation that drew immediate rebuke from news organizations and signaled the latest escalation of Mr. Trump’s hostilities toward the news media.”

But once again, that’s not the full story (and just for the record, a lie of omission is still a lie).

The Times quotes Kaitlan Collins, a White House correspondent for CNN, saying she was chastised for asking “inappropriate” questions. “They did not like the questions I asked President Trump about the news of the day,” Collins said.

“At the conclusion of a press event in the Oval Office a reporter shouted questions and refused to leave despite repeatedly being asked to do so,” Sanders said in a statement. “Subsequently, our staff informed her she was not welcome to participate in the next event, but made clear that any other journalist from her network could attend.”

She “refused to leave” the Oval Office.

Far different from the versions you’re hearing in the MSM. And Collins herself noted that CNN wasn’t barred from the event. She said on CNN that she was told, “We’re not banning your network. Your photographers can still come. Your producers can still come. But you are not invited to the Rose Garden today.”

The Times reports that in the Oval Office, Collins shouted: “Did Michael Cohen betray you, Mr. President?” and then: “Mr. President, are you worried about what Michael Cohen is about to say to the prosecutors?” She actually asked six questions (lie of omission).

But it wasn’t the questions Collins asked, it was the venue.

“To be clear, we support a free press and ask that everyone be respectful of the presidency and guests at the White House,” Sanders said. Trump had just concluded an Oval Office meeting with European Commission President Jean-Claude Juncker in the White House when the press was allowed in.

Having covered the White House for 12 years, I know a bit about this. To be sure, reporters do yell questions at the president all the time, say, on the White House lawn, at Andrews Air Force base, in a White House press conference or just about anywhere other than the Oval Office. And it’s not only right for them to do so, it’s their job, one the American people expect them to do.

In the Oval, though, reporters are expected to handle themselves with a bit of decorum. It’s the man’s office, after all, and the press was invited in. Yelling repeated questions at the president and refusing to leave is absolutely inappropriate.

Collins asked that fifth question twice, so six questions. In an Oval Office spray, it’s cool to ask one question, maybe a second on your way out — but six?!

Here’s a video of the melee as the White House staff tries to get the press corps out of the Oval (click ahead to 1:20 if you want to skip Collins’ sanctimony):

Just as fellow CNN White House correspondent Jim Acosta has been doing since Day 1 of the Trump administration, Collins is clearly trying to get famous by being “tough” on the president. But she’s not being tough, she’s being rude. Ask a question, maybe two, then get out.

So now, that’s a new tactic by the press: Get into the Oval, then simply refuse to leave.

When Trump tires of the tactic (he will) and bars the entire press corps from his office, the MSM will be up in arms.

And when that happens, they should, perhaps, direct some of their ire toward Collins and Acosta. There’s a way to do the job, a very difficult job, without being rude. Give it a try, White House press corps, you just might like it.

Facebook Loses Over $100 Billion In Value, Zuckerberg Under Fire