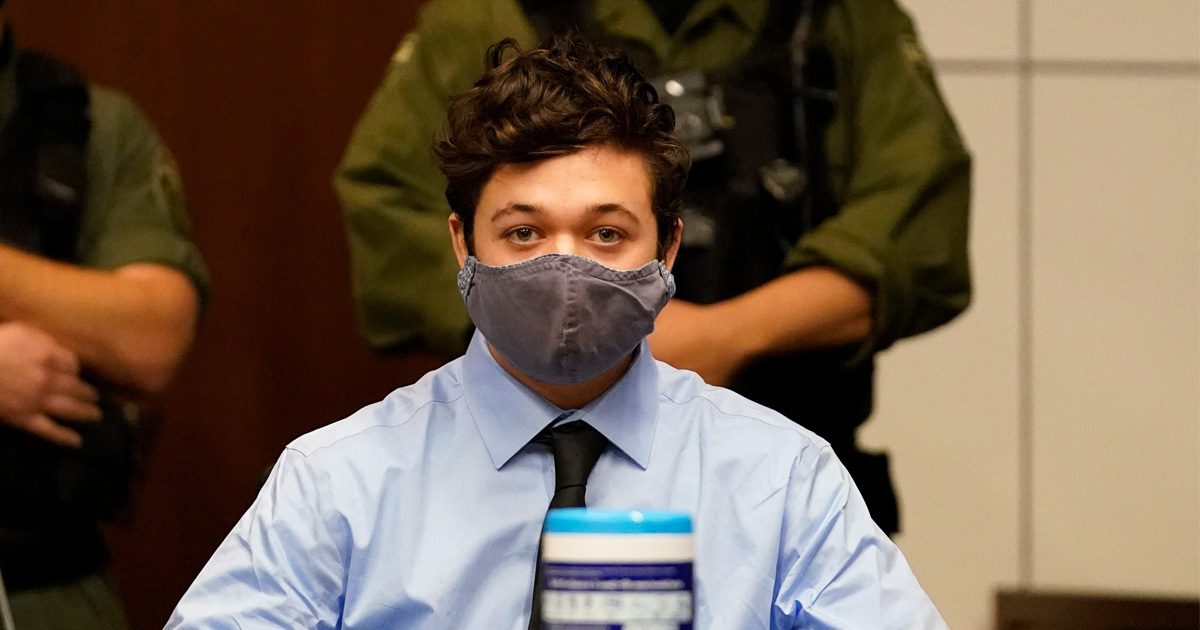 Kenosha teen Kyle Rittenhouse says he considers himself a patriotic American who acted in self-defense on the night he fatally shot two rioters, the 17-year-old said during an interview published Thursday by The Washington Post.

“I feel I had to protect myself,” he said. “I would have died that night if I didn’t.”

The teen posted a $2 million bond on Friday and was released from jail. He is expected back in court in December.

“I do consider myself patriotic, I love our country,” Rittenhouse told the Post via a phone interview.

The teen said during the interview that he routinely carries a homemade medical kit around with him, and had one with him in Kenosha when the protesting turned violent.

Discussing his decision to bring a gun with him the night of the fatal shootings, he told the Post: “I was going into a place where people had guns. And God forbid somebody brought a gun to me and decided to shoot me … I wanted to be protected, which I ended up having to protect myself.”

“I was just, like, watching over business and providing first aid for, like, minor injuries to people.”

Rittenhouse said he was “not part of any group,” as the Post noted there were other individuals helping to protect businesses in Kenosha. “They were complete strangers,” he said.

The Post also reported that before Rittenhouse headed toward an area where cars were being torched, officers were warned to use caution as there were four people spotted with handguns.

The fiancé of 36-year-old Joseph D. Rosenbaum, who was fatally shot by Rittenhouse at the riot, said to the Post that she warned Rosenbaum not to go downtown and to stay out of trouble.

“I have absolutely no idea why he was there — none, none whatsoever,” Kariann Swart said.

The Post described Rosenbaum as “a homeless man with a criminal record who was discharged that day from a psychiatric hospital” and had a “chaotic upbringing.” He was convicted of sexual contact with minors when he was 18 years old and spent 10-plus years behind bars.

Rosenbaum’s mother was sent to prison when he was 13 and he told law enforcement he was molested by a member of his family “almost on a daily basis.”

While living in group homes and shelters, the Post said, he began using heroine and methamphetamine.

“After a conviction for sexual conduct with minors at age 18, he spent more than a decade in prison — a stretch marked by repeated disciplinary infractions, according to prison records,” the Post reported.

On July 18, authorities were alerted to a domestic dispute between Rosenbaum and his fiancé; Rosenbaum apparently “body slammed” Swart, leaving her “bleeding everywhere.”

He was arrested, sent to jail and released two days later, ordered not to contact Swart.

Rosenbaum later went back to jail for three weeks for contacting Swart and was released on Aug. 20. He spent a few days at a local mental health facility before going to a psychiatric hospital until Aug. 25, the day of the fatal shooting.

Rosenbaum, on the day of the shooting, went to Walgreens “to get medication,” the Post said, “but the store was closed.” The man’s fiancé said he did have his “morning and afternoon” doses of his medication earlier in the day, however.

Rittenhouse, who fatally shot Rosenbaum, was released from jail Friday on a $2 million bond that was reportedly met with the help of “NYPD Blue” actor Ricky Schroder and My Pillow CEO Mike Lindell, The Daily Wire reported.

Attorney Lin Wood, who’s representing the teen, posted a photo of his client alongside attorney John Pierce and Schroder on his Twitter account Friday night.

“FREE AT LAST!!!” Wood captioned the post, adding, “Thank you; All Donors. Thank you, All Patriots. Thank God Almighty.”

“KYLE RITTENHOUSE IS OUT OF JAIL,” the lawyer posted in another tweet. “God bless ALL who donated to help #FightBack raise required $2M cash bail.”

“Special thanks to Actor Ricky Schroder,” he added, “& Mike Lindell” “for putting us over the top. Kyle is SAFE. Thanks to ALL who helped this boy.”