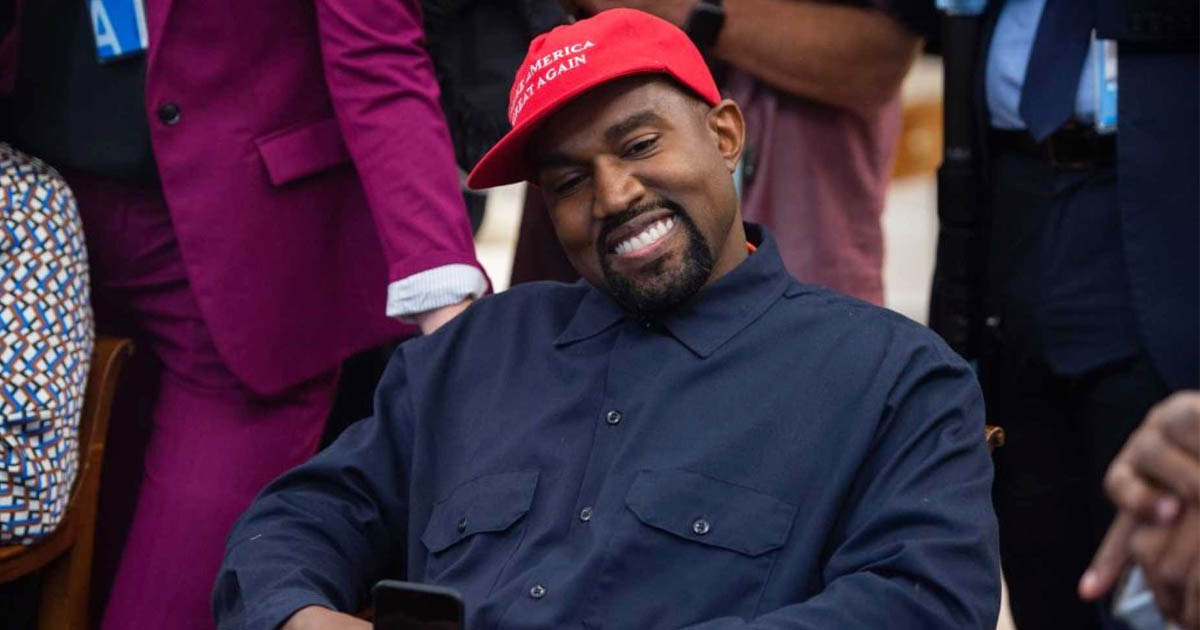 Kanye West has taken his support for President Donald Trump one step further, designing a limited line of clothing encouraging black voters to leave the Democratic Party in a “Blexit.”

The Hollywood Reporter and the New York Post report that West has debuted a number of “Blexit”- themed items, which tie back to a larger “Blexit” movement (not organized by West) encouraging black conservatives to be more vocal about their political ideology, and declare, openly, their intent to permanently abandon the Democratic Party.

The shirts come in “traffic cone orange,” light green, lavender, and white, and bear either a “Blexit” logo or the words, “We Free.” They all say “design by Kanye West,” because of course they do.

.@KanyeWest designed these “Blexit” t-shirts for @RealCandaceO’s new “Blexit” movement. They were handed out at #YBLS2018 pic.twitter.com/fh4IT6lVut

According to Blexit’s website, the name is a play on the “Brexit” movement that divorced the United Kingdom from the European Union (though that movement seems to be stalling and reversing). The group’s mission statement boasts that Blexit “is a frequency for those who have released themselves from the political orthodoxy. It is a rebellion led by Americans wishing to disrupt the simulation of fear. Blexit is a renaissance. It is our formal declaration of independence.”

A number of shirts were handed out over the weekend at the Young Black Leadership Summit in Washington, D.C. The summit also marked the kickoff of a Blexit movement, which plans to hold “#WalkAway” rallies in major urban areas, like Chicago and Baltimore, this fall.

Kanye West has made headlines recently for embracing President Donald Trump and even visiting the White House, where he reportedly went on a “10-minute soliloquy” extolling the virtues of Trump’s “Make America Great Again” slogan and proclaiming himself a “Superman” in his red MAGA hat. Before that, West made waves on Twitter, expressing his support for Republican politicians, meeting with conservative leaders, and declaring his own platform for political renewal.

“Let’s stop worrying about the future — all we have is today,” Kanye told media after meeting the President. “Trump is on his hero’s journey.”

West has earned praise from conservatives — and even some liberals — for pointing out that the Democratic Party may not hold minority communities’ best interests at heart, but the move also cost him friendships with celebrities like John Legend and Jay-Z. It also revealed a bizarre demand for allegiance among dedicated leftists, who publicly chastised West for failing to adhere to “acceptable” political beliefs.

CNN’s Don Lemon even described West’s appearance at the White House as a “minstrel show.”

Monday morning, however, in between “Rick and Morty” style illustrations of his family, West was proving more independent than Republican, tweeting out support for stricter gun control policies and revealing a $73,000 contribution to a quasi-socialist candidate for mayor in Chicago who opposes school choice, opposes tax cuts, and believes in instituting a “public bank” to drive private finance out of the city.

Days Before Christmas, Jupiter and Saturn Will Look Like One Bright Star — Some Believe the Alignment is the Same Described in the Bible