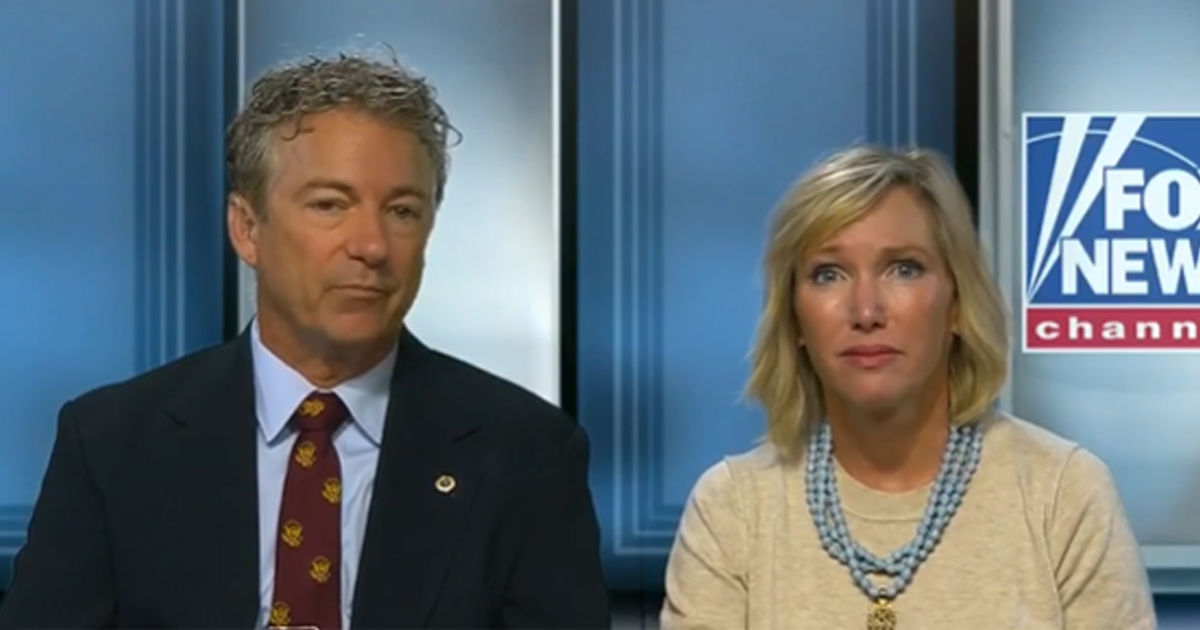 Kelley Paul, the wife of Sen. Rand Paul (R-Ky.), delivered a blunt message to the media and Joe Biden’s campaign for refusing to denounce the “bloodthirsty mob” that attacked her and Sen. Paul.

Kelley’s comments came after she and her husband were surrounded by an angry mob upon leaving the White House early Friday morning, where they watched President Donald Trump give his acceptance speech for the Republican presidential nomination.

Video of the tense situation showed a large crowd of protesters screaming at the Pauls and shoving police officers who were protecting them.

But the media largely ignored the violent nature of the mob. The Associated Press said, “Sen. Paul complains about ‘angry mob,'” while NPR called the protesters “peaceful.”

Kelley told Fox News host Tucker Carlson that the protesters were anything but peaceful.

According to Kelley, the “bloodthirsty mob” threatened that “they were going to ‘eff us up.'”

“At first I was trying to look in their eyes and trying to have any kind of reason or to see someone as a human being and I realized they did not see us as human beings,” Kelley explained. “I really thought that we were going to lose our lives. I thought someone was going to throw a brick. It was the most terrifying moment of my entire life.”

Then Kelley shared her message for the media and the Biden-Harris campaign.

“I am furious,” she said. “I’m furious that Biden and Kamala Harris are not denouncing this. You tell me if you are surrounded by a mob, that will not let you move, that is screaming in your face, that is holding you completely hostage, and you cannot walk to your hotel and you are on a dark street, you tell me that’s not violence. You tell me that is not an attack.”

Shockingly, Sen. Paul added that he thought the mob was going to kill him and his wife.

“I truly believe we would have been killed,” Paul said. “The police saved our lives because these thugs would have killed us. They would have stomped us and killed us.”

BLM Crowd Cheers News of Man Shot Dead in Portland: ‘I am Not Sad That a F***ing Fascist Died Tonight!’