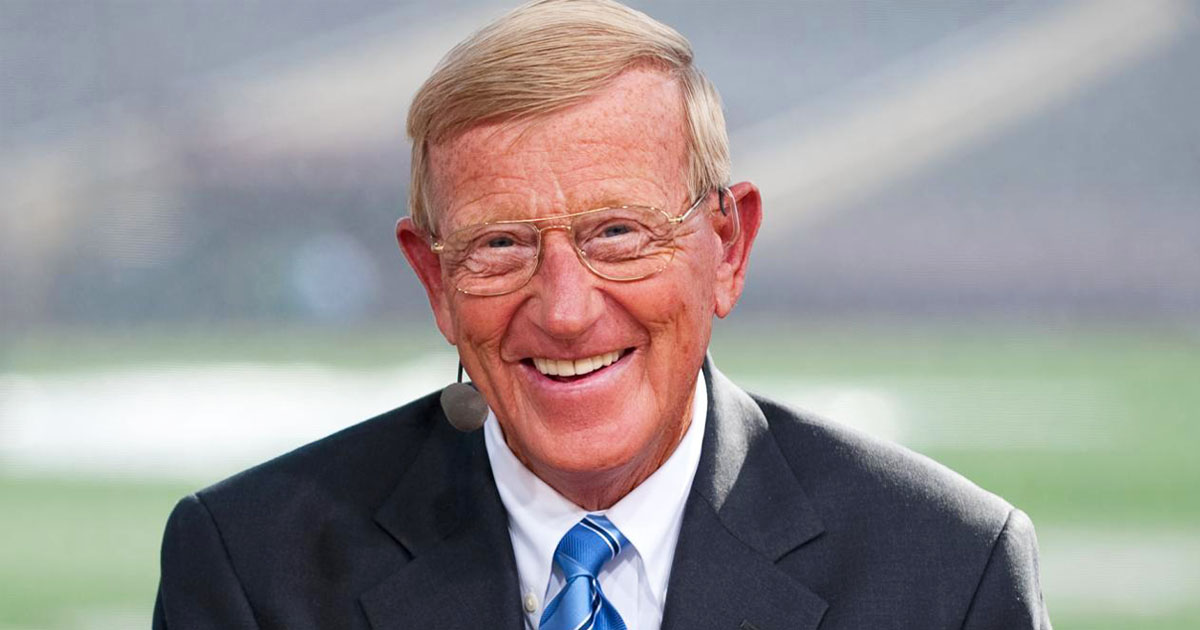 He did not mince words.

Holtz ripped both anthem protesters and the NFL’s handling of the situation.

“Everything the NFL does on this piece is a reaction,” Holtz said.

Holtz did acknowledge how players are “very, very emotionally involved.”

“One of the main problems I think we have is social media,” he continued. “People get on Twitter and Facebook and say, ‘Hey you need to kneel for the national anthem, etc.’”

The verbal sparring between both sides has created an untenable and toxic dialogue surrounding the NFL.

“I’ve never attended a football game that did not have the national anthem before the game,” Holtz said. “It’s part of the sport.”

Holtz, for his part, believes players should shoulder some more culpability.

“Let’s remember this, years ago these athletes made $50,000 a year. Now, they make multi-millions because the NFL became very popular,” Holtz said. “It’s surpassed Major League Baseball as the No. 1 sport.”

Holtz then lambasted the national anthem protesters for “really hurting the customer.”

When Holtz was asked how he would handle the protests, he made it very clear that the players were making a choice.

“Life’s about choices,” said Holtz. He acknowledged that the athletes have put in countless hours in the gym and on the practice field to get to where they currently are.

“But I’d say it’s a matter of choice. You choose to kneel for the national anthem, you’re choosing not to play. It’s that simple. That’s your choice,” Holtz said in regards to how he would handle the issues as commissioner.

Holtz also admitted that he doesn’t know why the athletes are kneeling in the first place, and then asked all the protesters a tough, but very fair, question.

Holtz then went on to say that protesters were being short-sighted and selfish, causing significant harm to the sport of football for future potential players.

“(The players are) hurting the sport, hurting the future, you’re hurting the revenue for other (athletes) coming up,” Holtz said.

Holtz went on to counter some of the police brutality narrative by citing the number of officers who have died in the line of duty (31 thus far this year.)

“We have a problem, and kneeling (for the) national anthem doesn’t help at all,” Holtz said.

TRUMP: Looks More And More Like Presidential Campaign Was ‘Illegally Being Spied On’ By Feds