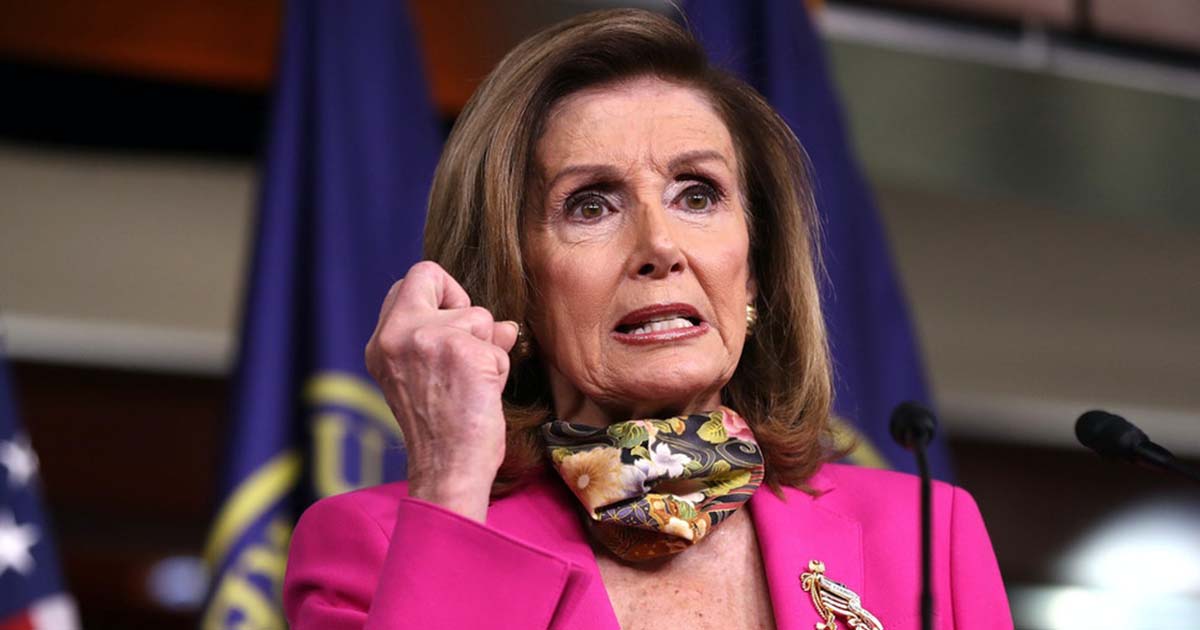 Nancy Pelosi Says Biden Will Win, and Trump Should ‘Stand Up Like a Man and Accept’ Election Results

House Speaker Nancy Pelosi (D-Calif.) predicted Wednesday that Democratic presidential nominee Joe Biden will win the White House and suggested it would be in President Donald Trump’s best interest to “stand up like a man and accept” the results of the election.

Pelosi made the comment during an interview with MSNBC’s Ayman Mohyeldin. The Hill reported that the host “asked the speaker what Democrats can do if Trump prematurely declares victory on Election Night.”

“On January 20, 2021, Joe Biden will be inaugurated president of the United States,” Pelosi declared. “The states will count the votes that they have in a timely fashion, and if the president wins in that format, then, so be it, then he’s president. We don’t anticipate that that will be the case, and neither does he, and that’s why he’s trying to, as they say, ‘stir the pot’ so that people will think that he really won when he didn’t.”

She continued, “Of all the things the president has done, and they have been horrible—undermining the Constitution, degrading our environment, denigrating who we are as a people, undervaluing who we are in terms of our priorities as a country, taking children out of the arms of their parents, dimming the bright light that we are of hope to the world….the list goes on and on.”

“The easiest thing for [Trump] to do is to stand up like a man and accept the results of an election of the American people,” she concluded. “For him to make these kinds of statements shows his lack of patriotism, his undermining of our elections while he allows foreign countries like his friend [Russian President Vladimir] Putin to undermine the integrity of our election, he himself is doing it as well.”

The speaker reinforced her message by tweeting out the video of her remarks.

On January 20th, 2021, @JoeBiden will be inaugurated President of the United States.

The easiest thing for Donald Trump to do is to stand up like a man and accept the results of an election of the American people. #vote pic.twitter.com/unFSIBdY18

President Trump has repeatedly voiced concerns of fraud associated with mail-in voting, which has been vastly expanded across the U.S. amid the coronavirus pandemic. The large volume of mail-in ballots has sparked widespread speculation that voters may not know the results of the general election on Nov. 3, due to the additional time needed to tally the votes.

Democrats have warned that the president would not go peacefully if he were to lose to Biden.

When pressed on the issue during the Oct. 15 presidential debate, Trump said, “”They spied heavily on my campaign and they tried to take down a duly elected sitting president, and then they talk about ‘will you accept a peaceful transfer?’ And the answer is, yes, I will, but I want it to be an honest election and so does everybody else.”

Socialist Ocasio-Cortez Appears in Vanity Fair in Outfits Worth $14,000 to Curse Trump Out