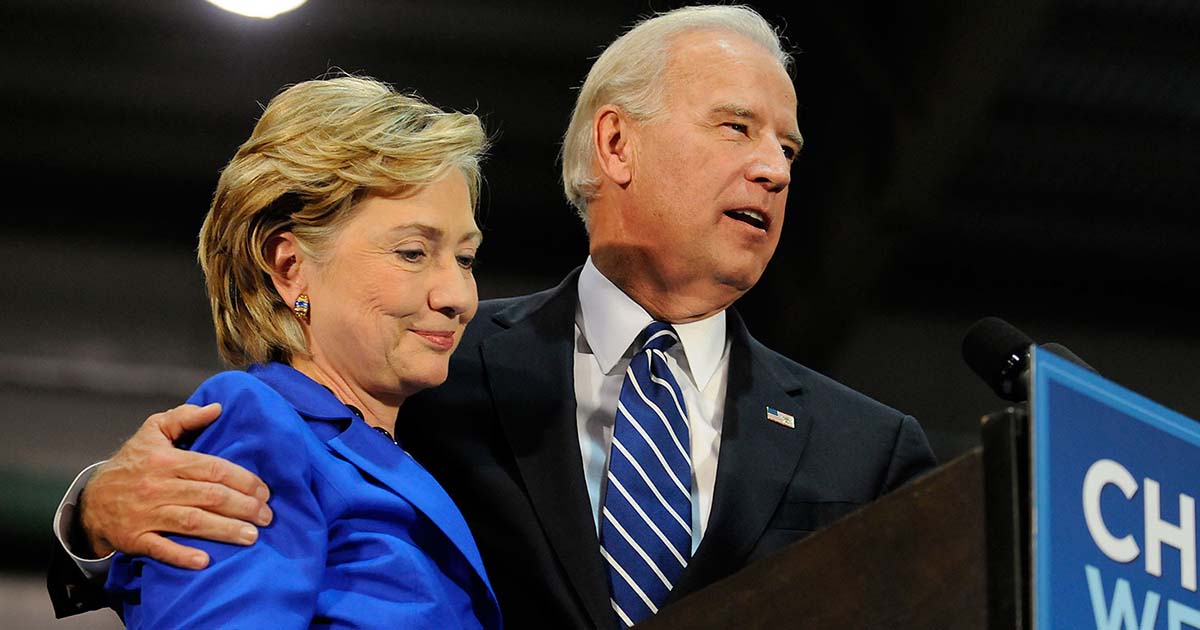 According to a Harvard/Harris poll conducted between November 27-29, respondents who identified as Democrats heavily favored former Vice President Joe Biden when asked which Democratic presidential candidate they preferred. But when former Secretary of State and 2016 Democratic presidential candidate Hillary Clinton was added to the mix, Clinton came out on top of all the current candidates, garnering 21% of respondents votes to Biden’s 20%.

But when Clinton and 2004 Democratic presidential candidate John Kerry were added to the list, the vote came out 21% for Clinton, 20% for Biden, 12% for Sanders, 9% for Warren, and Buttigieg and Kerry with 5%.

If Hillary Clinton and John Kerry get in race?

Hillary is picking up steam with Democratic voters; A Harvard-Harris poll at the beginning of November asked the same question; once Hillary was added to the mix, Biden led with 19% of the Democratic vote, but Clinton came in second with 18%.

All of this is music for Hillary Clinton’s ears, of course; she and husband Bill have been coyly mentioning the subject in many ways for months. As The Daily Wire noted, after President Trump tweeted about Clinton in early October, the former secretary of state said the following to Judy Woodruff on “PBS NewsHour”: “You know, it truly is remarkable how obsessed he remains with me … maybe there does need to be a rematch. Obviously, I can beat him again. But, just seriously, I don’t understand, I don’t think anybody understands what motivates him.”

On October 24, Philippe Reines, a longtime top adviser to Clinton, spoke with Fox News’ Tucker Carlson, who commented, “So, I’m assuming what I just said and what we’re hearing is true, that if she thought she was the best position to beat Donald Trump, she would get in the race.”

Carlson said, “She’s not — she hasn’t foreclosed the possibility, I guess,” prompting Reines to say, “No, she has not.”

At the end of October, at an event at Georgetown University Law School, Bill Clinton mused, “She may or may not run for anything, but I’m never running for president again.”

Clinton also spoke with BBC Radio 5 Live, where she stated, “I, as I say, never, never, never say never. I will certainly tell you, I’m under enormous pressure from many, many, many people to think about it … But as of this moment, sitting here in this studio talking to you, that is absolutely not in my plans.”

GEORGE EADY December 11, 2019
| | |
OH THIS SAYS IT ALL . BIDEN WAS THERE TOP PICK . HE IS IN A FREE FALL . AND NOW THEY GOING FOR THERE LAST CHOICE . (HILLARY CLINTON ) THERE SHIP HAS SUNK . THE DEMCORATE PARTY HAS HIT BOTTOM . AFTER TRUMP GETS 4 MORE YEARS . THE DNC WILL HAVE TO START ALL OVER?? THAT IS AFTER THEY KICK OUT THE TOP DEMCO-RATES FROM THERE PARTY .
0 0
0
Reply

Michael Groves December 11, 2019
| | |
I find it interesting Hillary didn't participate in the debates. I mean I know why. As the saying goes. It is better to keep your mouth shut, and let people think the person might be ignorant. Rather then for the person to open their mouth, and remove all doubt.
0 0
0
Reply