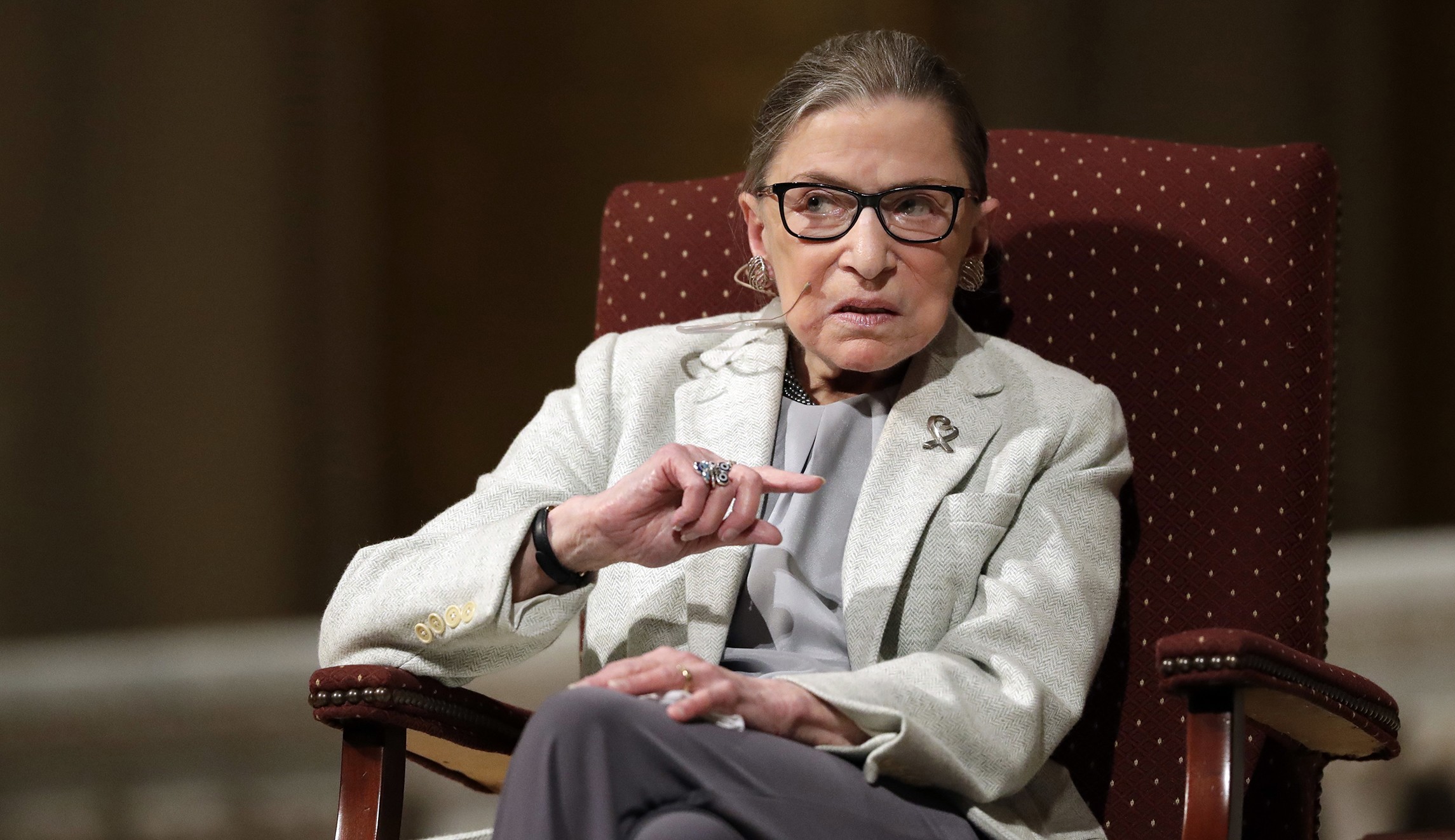 Thursday morning, The New York Times took a swipe at conservatives touting Supreme Court nominee Brett Kavanaugh’s “diverse” record when appointing judicial clerks, but ended up revealing that the Left’s favorite Supreme Court Justice, Ruth Bader Ginsberg, has a sorry track record when it comes to employing anyone other than straight, white males.

The NYT’s story focused on a number of former Kavanaugh clerks the GOP has recruited to help ease the nominee’s way through the Senate; most will submit documents attesting to Kavanaugh’s character, and his appreciation for a diverse workforce.

The NYT sniffed derisively at the tactic, implying the Republican approach was overly cynical, and particularly ironic, considering the GOP’s record with minorities and women.

Upon closer examination, Kavanaugh’s former clerks represent a wide swath of American experiences. But, as several Twitter users pointed out, the Times failed to mention that the “notorious RBG” hasn’t been quite as progressive in her selections.

Surprising that article doesn't also mention that of Kavanaugh's 48 clerks, 6 have been Asian American, 5 African American, and 2 Hispanic.

When leftists tried to explain away Ginsberg’s lack of appreciation for diversity as a relic of a different era — after all, Ginsberg served on the D.C. Circuit decades before Kavanaugh — National Review’s Ed Whelan pointed out that Ginsberg’s Supreme Court clerks are from similarly homogenous backgrounds.

Well, @isamuel reports that Ginsburg (as of late 2017) had only hired one black law clerk at SCOTUS. https://t.co/GqRRkfOiop

But I'm glad to hear that looking to pool of qualified applicants is now permissible, as I've been told before that that's a no-no. https://t.co/oTGQBzaSs2

That is true, except that some Justices have gone out of their way to improve the demographic breakdown. Thirty percent of Justice Sonia Sotomayor’s clerks are non-white, and perhaps, in what will likely be a shock to his leftist detractors who were convinced his appointment would result in the widespread subjugation and possible death of minorities.

Justice Neil Gorsuch has the best track record — just below 50% of Gorsuch’s clerks have been members of a statistical, racial, or gender minority.

Ginsberg hires a lot of women — around 50% of her clerks have been female — but seems to have trouble with other minorities.

The reality is likel, that Supreme Court Justices select their clerks based on merit, and not on a series of affirmative action style qualifications. But leftists rarely accept that excuse — at least from Republicans.