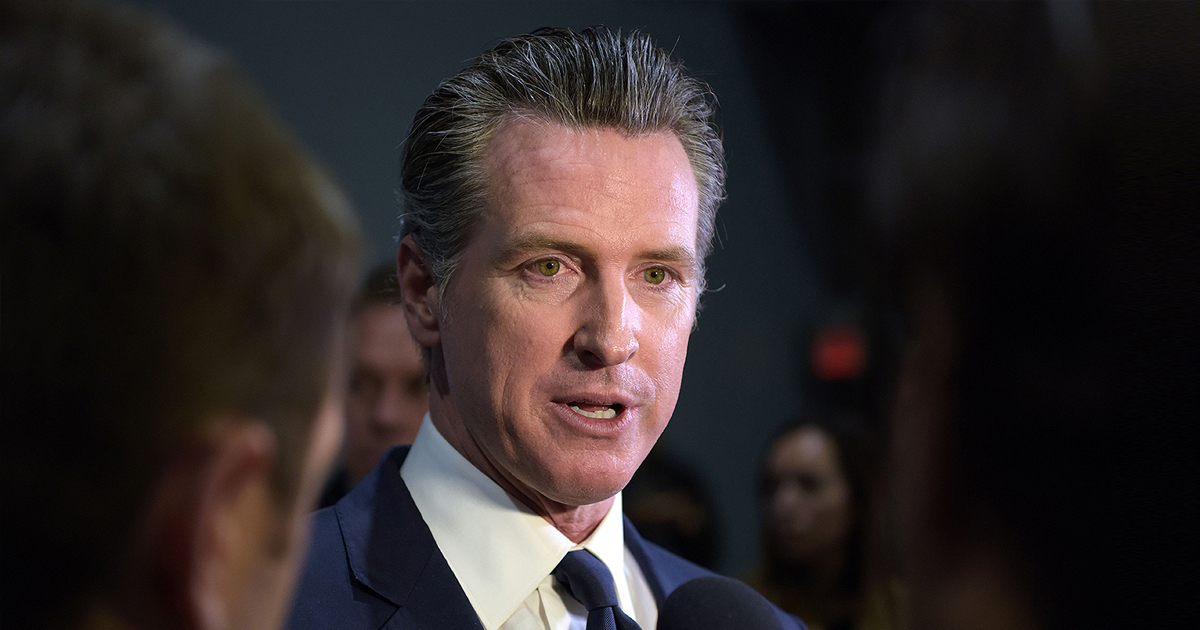 Newsom said it would apply to “non-essential work” and “gatherings” in California counties inside the state’s “purple tier,” a category used to designate “widespread” coronavirus risk level. About 94% of the state’s population of 40 million resides in a purple-tier county.

The Democratic governor called the curfew a response to the rise in coronavirus cases across the state and said it will go into effect on Saturday and apply from 10 pm to 5 am for the next month.

The governor’s office described the order in a press release as “the same as the March Stay at Home Order, but applied only between 10 PM and 5 AM and only in purple tier counties that are seeing the highest rates of positive cases and hospitalizations.”

Due to the rise in #COVID19 cases, CA is issuing a limited Stay at Home Order.

Non-essential work and gatherings must stop from 10pm-5am in counties in the purple tier.

This will take effect at 10pm on Saturday and remain for 1 month.

Together–we can flatten the curve again.

“The virus is spreading at a pace we haven’t seen since the start of this pandemic, and the next several days and weeks will be critical to stop the surge. We are sounding the alarm,” said Newsom in a statement. “It is crucial that we act to decrease transmission and slow hospitalizations before the death count surges. We’ve done it before and we must do it again.”

California Health and Human Services Secretary Dr. Mark Ghaly suggested in a statement that the new curfew was a means of avoiding a full-fledged shutdown in the future: “We may need to take more stringent actions if we are unable to flatten the curve quickly. Taking these hard, temporary actions now could help prevent future shutdowns.”

In recent days, Newsom has come under fire for attending a multi-family birthday at the French Laundry. Recent photos of the event, published first by Fox News Los Angeles, show Newsom sitting with 11 other people inside an apparent closed space.

We checked the metadata on the photos to confirm legitimacy. Taken at 11/6/2020 at 6:20pm with a location tag at The French Laundry. We interviewed the witness. We've also reached out to the Governor's team for a response, and we got one. Full story tonight at 10pm only on @FOXLA

“It was a very large group of people, shoulder to shoulder, something he’s always telling us not to do,” the woman who took the photos told FOX during a telephone interview. “It was a bit annoying, for sure.”

The woman told the local news outlet that the sliding glass door separating Newsom’s group from others was closed at one point in the evening because the governor’s group was too loud. The news outlet also reached out to Newsom’s office about the photos, and received the same statement the governor issued prior to the photos becoming public.

“As soon as I sat down at the outside table, I realized it was a larger group than I had anticipated,” said Newsom. “Instead of sitting down, I should have stood up and walked back to my car and drove back to my house.”

“The spirit of what I’m preaching all of the time was contradicted, and I’ve got to own that,” he continued. “I need to preach and practice, not just preach and not practice. And I’ve done my best to do that. We’re all human; we all fall short sometimes.”