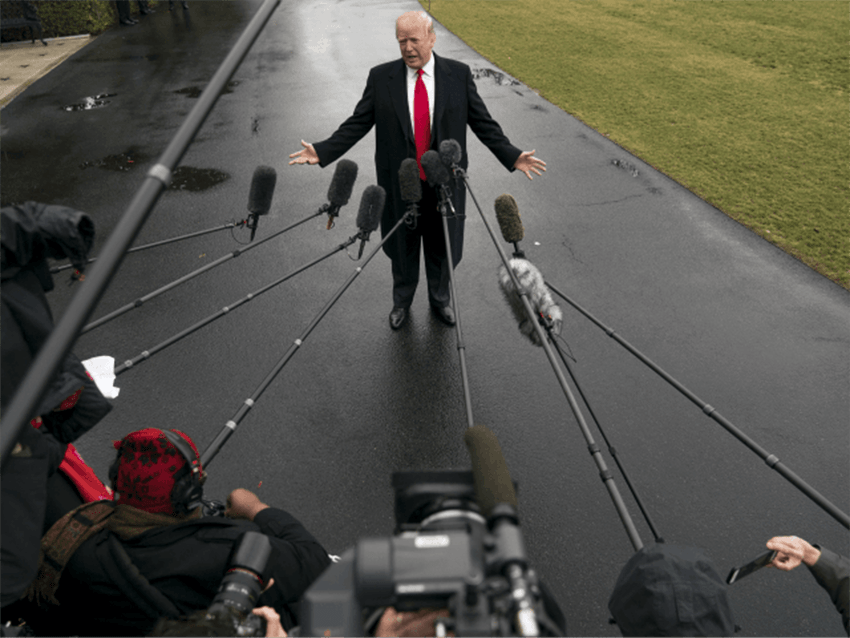 Of course, what happens in the White House is news. Everything involving a U.S. president is news. This includes personnel changes, and we have covered those here at Breitbart. What is beyond absurd, though, what is so far out of touch with mainstream America, are the media’s unrelenting obsession and constant freakout over castle intrigue.

Because, honestly, out here in the real world, no one gives a hi-ho-hearty damn about who is up/down/in/out in the West Wing. Even if we believe the news reports (and smart people mostly do not), the machinations, gossip, innuendo, melodrama, and whisper campaigns have no effect whatsoever on us.

And we certainly do not judge how well the ship of state is being steered based on what we are told by a sinking media institution with a 22 percent approval rating.

About two years ago, it happened to me at the dump. Even in the middle of an intense workweek during an intense presidential campaign, the garbage must be dealt with. And so, with my brain completely fried by cable news and social media, and as I was unloading all that trash, I realized that no one else unloading their trash cared at all about My World. They were just living their lives.

Later that week, the same thing happened at Walmart and Lowe’s Hardware and church, the place where I get what is left of my hair cut…No one cared about My World because My World was not even a world. It was a bubble generated by the aforementioned cable news and social media.

No joke, my own personal Road to Damascus moment happened at a landfill. That was when I began to realize that the media do not reflect or even report on reality, but rather attempt to manufacture a reality to suit a political agenda, which is exactly what is happening now. (That was also when I removed that pipeline of poison from my home by canceling my cable TV.)

The chasm between the media and the real world grew a little wider last week.

In their never-ending effort to trip up Trump, 500 left-wing pundits-disguised-as-journalists coordinated all of their focus on…White House personnel issues. Things must be going awfully well in the world when the media are allowed to enjoy the luxury of gossiping non-stop about what is happening in the human resources department.

Meanwhile, out here in the Real World, all we can see is that things are at long last looking up.

Wages up are, taxes are down, decent jobs are being created, optimism has returned, the stock market is headed in the right direction, ISIS is shattered, we are not starting any stupid wars, and even as the media manufacture one hurricane after another, our president keeps right on keeping on.

Last week is a perfect example. While the media were telling us it was time to freak out because someone named Hicks resigned (no offense, but who?), Trump was keeping another big campaign promise, breaking another economic record (in a good way), actively engaged in seeking a real solution to these school shootings, doing presidential things like attending the funeral of Rev. Billy Graham, and using his social media accounts to speak directly to us — to keep us up to date, not only with what he is doing, but with his thought process.

While Trump is Steady Freddie, while he keeps his promises (at a record level), and fixes the economy, the only institution that is out of control, frenzied, and neurotic, is the media. But these days, everything destabilizes and panics the media. This Fourth Estate of ours, which has no poise, grace, or gravitas, can keep right on pushing that panic button; no one with half a brain is falling for it.

While Chicken Little assures us the sky is falling, out here in Real America, and for the first time since September 10, 2001, all we see is the long overdue return of peace and prosperity.

The media should think about taking out their trash. Because we are just not listening anymore…

And this is why Trump is moving his re-election resources to Facebook.

Oprah Winfrey on 2020 Run: I’m Waiting on a Clear Sign from God