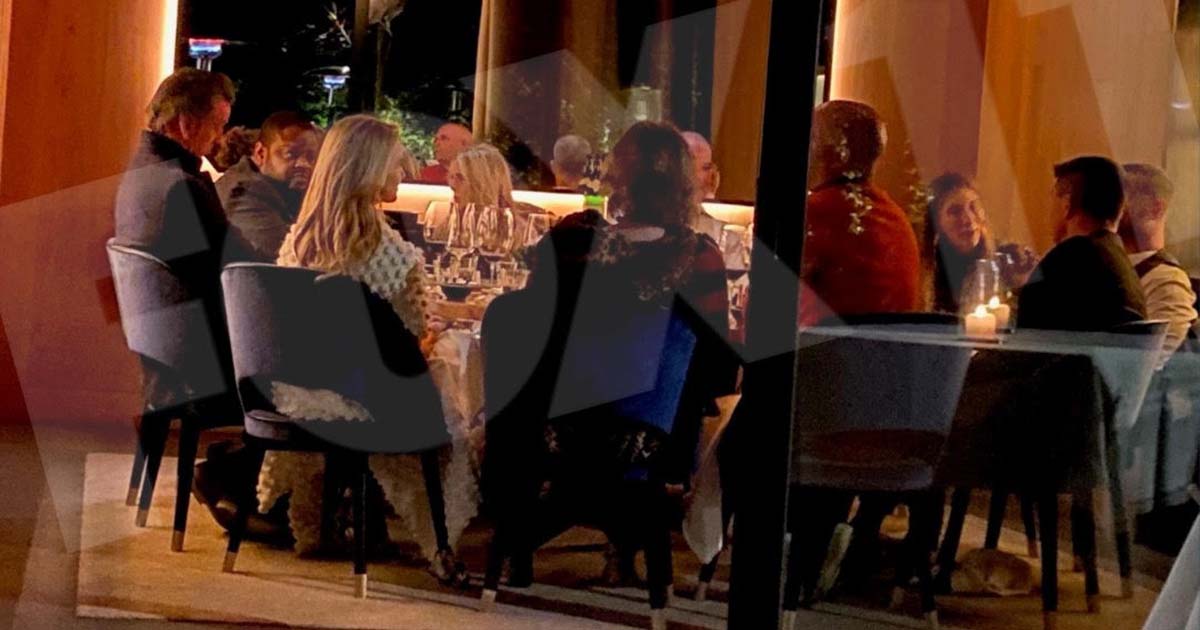 Photos Emerge of California Gov. Gavin Newsom Dining Unmasked with Large Party — and Even CNN is Criticizing the Blatant Hypocrisy

California Gov. Gavin Newsom (D) is under fire for photos of him dining unmasked in a California restaurant amid a group of unmasked dinner guests.

According to a Wednesday report from the Daily Mail, witnesses at a California restaurant said that the governor — who has instituted a wide variety of lockdown measures across the state, impacting the local economy — ate inside despite his insistence that he dined outside the restaurant.

The bombshell comes amid Newsom’s newly announced restrictions California families celebrating the Thanksgiving holidays, including a demand that they eat outdoors.

The outlet reported that the event was a birthday dinner party with 12 people in attendance. The dinner took place earlier this month inside what appeared to be a crowded restaurant.

KTTV-TV obtained photos of the dinner that show Newsom and others milling about the restaurant and sitting around a table with other maskless attendees.

EXCLUSIVE: We've obtained photos of Governor Gavin Newsom at the Napa dinner party he's in hot water over. The photos call into question just how outdoors the dinner was. A witness who took photos tells us his group was so loud, the sliding doors had to be closed. 10pm on @FOXLA pic.twitter.com/gtOVEwa864

One woman purporting to be a witness told the Daily Mail that she was dining at the French Laundry in Yountville, California, when she saw the governor dining in a private room with the other guests.

“She said a sliding glass door to the room was initially left open, but was pulled across because the governor and his party were being ‘very loud,'” the outlet reported. “State guidelines for restaurants in place on the day of the dinner — November 6 — say outdoor seating must be ‘prioritized’ but indoor dining was allowed in small groups.”

“Nobody was wearing a mask,” the unnamed witness told the outlet. “It was a very large group of people shoulder to shoulder, something that he’s always telling us not to do, so it was a bit annoying.”

Newsom, through his spokesperson, previously insisted that the large dinner party took place outdoors and said on Monday that it was a “bad mistake.”

“I should have stood up and … drove back to my house,” he said according to Fox News. “The spirit of what I’m preaching all the time was contradicted. I need to preach and practice, not just preach.”

“I’m doing my best every single day in trying to model better behavior,” he added.

On Wednesday, CNN’s Chris Cillizza hit out at what he called the governor’s “knuckle-headed” move.

Cillizza recounted the early November incident and wrote, “Unfortunately for Newsom, this episode of do-what-I-say-not-what-I-do is likely to negatively color his overall handling of the virus, which to this point had won plaudits from many — including me!”

“Newsom’s apology was fulsome — and without the sort of ‘sorry if anyone was offended’ caveats that politicians love to lean on,” he later wrote. “And California is one of the most Democratic states in the country, so it’s unlikely that this error in judgment will seriously jeopardize Newsom’s chances at a second term in 2022 or his future national political aspirations. (And trust me, he has future national political aspirations.)”

“But for someone who had been leading the charge on what effective government response to this pandemic looked like, Newsom’s knuckle-headed decision to defy his own best practices is a bad look,” Cillizza concluded. “A very bad look.”

According to the Los Angeles Times, Jerry Roberts — the San Francisco Chronicle’s former managing editor — added, “The tale of the governor indulging at one of the nation’s most exclusive and expensive restaurants (average meal $325) — while millions of Californians are scuffling amid the pandemic’s economic fallout — truly represents a real bad look.”