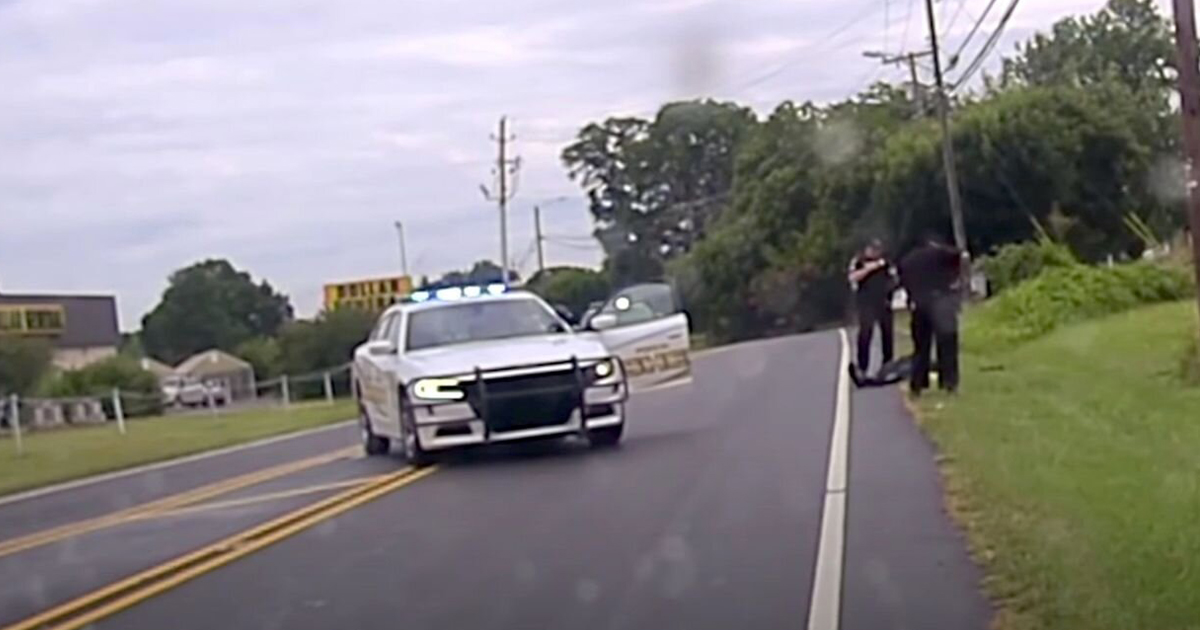 Protests erupted in Roxboro, North Carolina, after police shot and killed a black man on last Friday, but some of the criticism was quelled after police released the dash cam video of the incident.

Police said that they had responded to a report of a man walking with what looked like a shotgun when they encountered David Brooks Jr., 45, near a Dollar General store.

Six minutes later, the man was dead after being shot by police. Police recovered a loaded sawed-off shotgun at the scene. No police were injured in the altercation, and none of the responding officers had body cameras.

A cousin of Brooks disputed the police account in a statement to WRAL-TV.

“He walked the road every day. He don’t bother anybody. He don’t start no trouble or nothing,” he said. “He probably had one of those guns he had on his chest. It was visible. He wouldn’t hurt nobody, though.

Tanillya Partridge, another cousin of Brooks, had a message for the police.

“You shoot my cousin in the street like a dog. We want justice,” she said. “We are not going to stop until we get justice for David Brooks because he never hurt anybody.”

Accusations of racism and other claims were leveled at the officers, often based on rumors.

This past Saturday in Roxboro NC, a vigil for David Brooks Jr was ran down, with little to no warning, by Roxboro police and unidentified armed fascists.

“We want justice. We want honesty,” Vee Monique, a protest organizer said. “We understand that the people that are in office, that are in the police department, are in cahoots, so we might have to take this over their heads, if possible.”

On Wednesday, the police released the dash cam of the incident that protesters were demanding. That video can be seen here.

The video showed police attempting to talk to Brooks, who appeared to raise his gun and point at them. One shot can be seen striking Brooks before he falls to the ground.