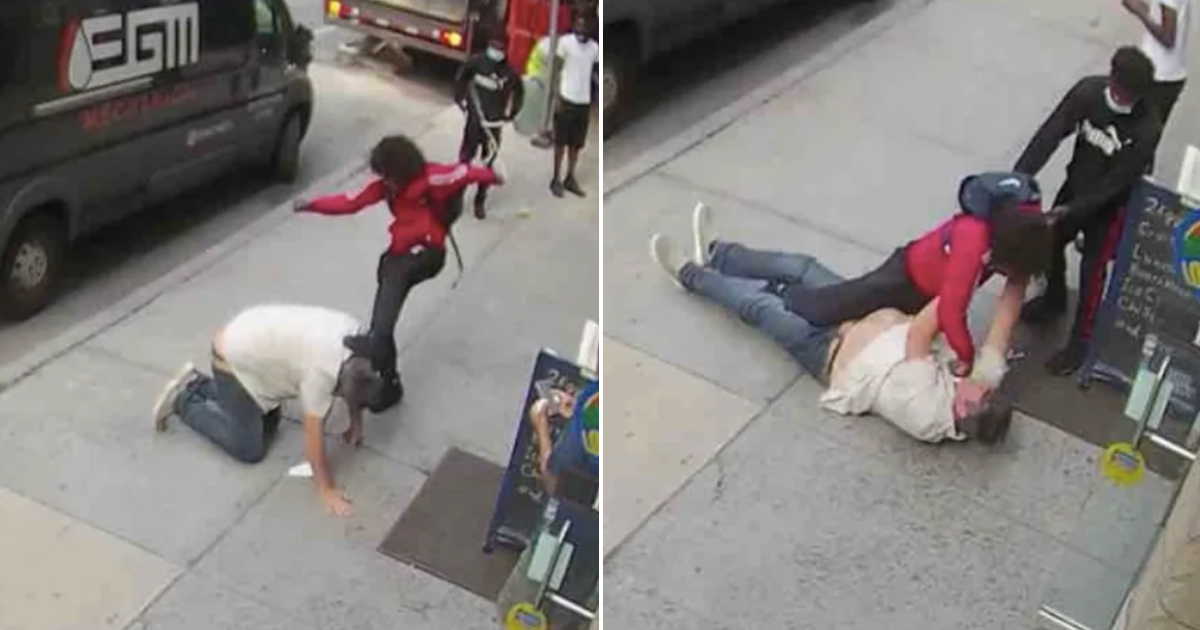 A retired New York City police sergeant was knocked to the ground and suffered over a dozen punches to the head in a brutal attack caught on surveillance video Tuesday morning in Manhattan, the New York Post reported, citing police sources.

The former sergeant was seen speaking with the attacker for at least a minute outside a Garment District deli on West 39th Street, the paper said of the obtained clip.

The suspect — whom police sources identified as 20-year-old Masterjadin Roman — then allegedly throws what appears to be a bottle at the retired officer, the Post said.

With that, the retired officer charges at Roman: 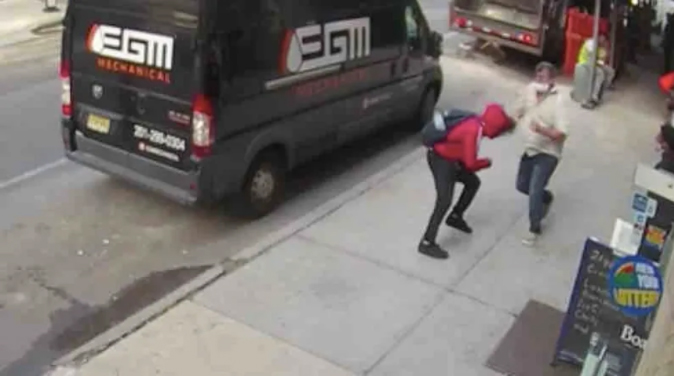 But to no avail, as the attacker easily lifts him up and slams him to the sidewalk: 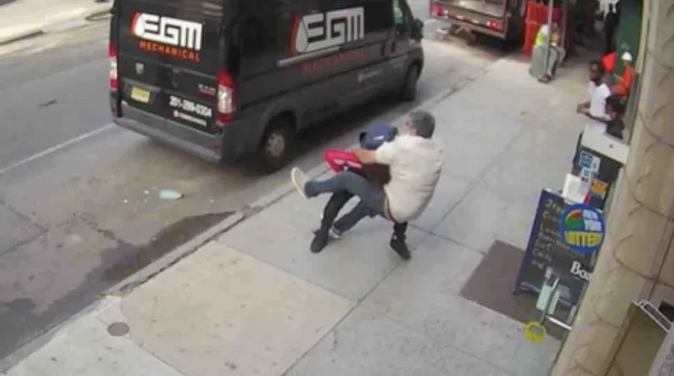 And then the beating begins, as the suspect then quickly lands over a dozen punches to the retired sergeant’s head. 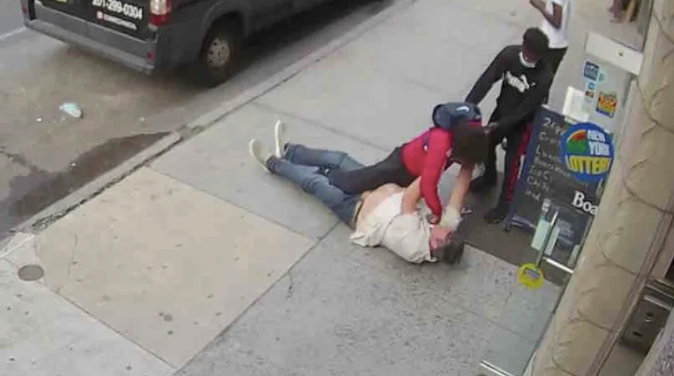 After the punching ceases, Roman and his companion appear to steal a cellphone and headphones from the former cop and begin to walk away, the paper said.

But apparently that wasn’t enough.

The retired sergeant is seen trying to get up from the sidewalk as another man emerges from behind to help him, and the attacker turns his head, walks back to the victim, and kicks him in the head. 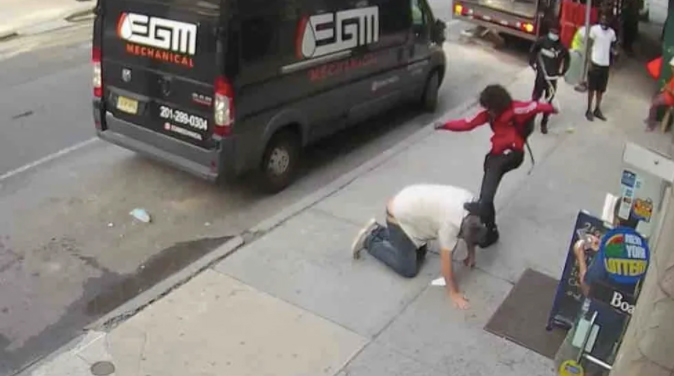 The Post said it’s not immediately clear what sparked the violence, but police sources told the paper Roman has been accused of aggressive panhandling and given a desk appearance ticket.

As is common with such incidents, a number of people were nearby when the attack took place and made no effort to intervene.

Violence against the NYPD has been on the rise since George Floyd’s death in the custody of Minneapolis police in late May, which led to nationwide protests and riots:

Official NYPD crime stats indicate 49 shootings took place in the city between July 7 and July 12, nearly a 277% increase compared to the 13 incidents that occurred over the same period in 2019. According to the NYPD, this past June was the deadliest and most violent June in 24 years, totaling 205 shooting incidents.

In fact, the owner of a New York City tactical shop said body armor sales are up 80% over 2019 due to the spike in violence this year.