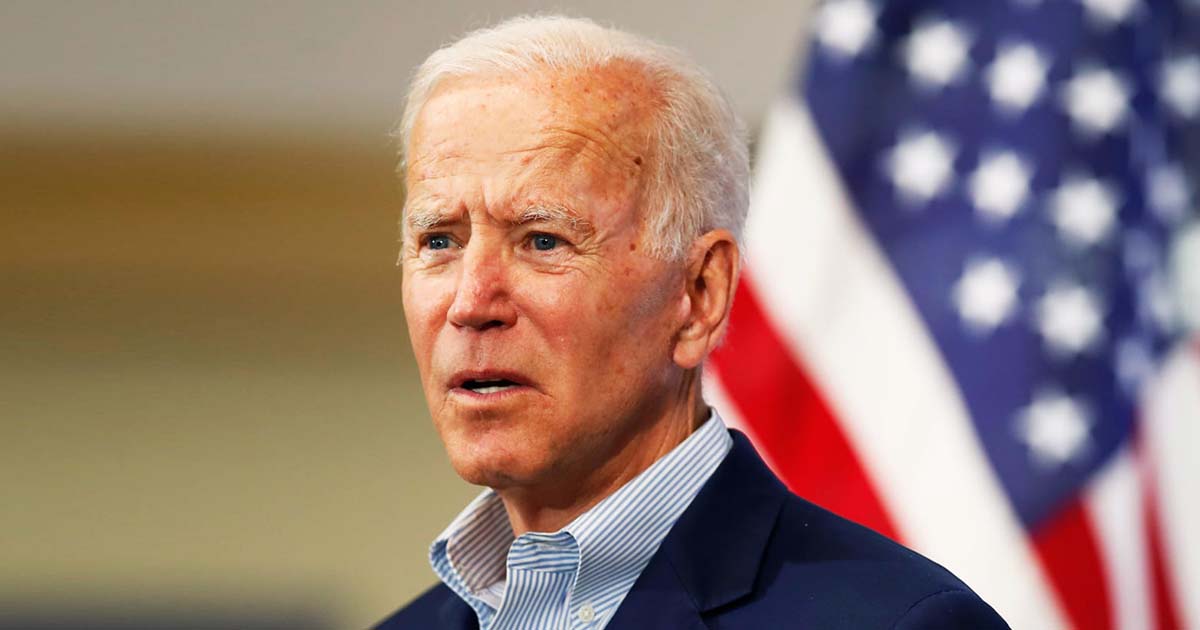 Former Vice President Joe Biden, who is desperately clinging to the lead in the race to earn the 2020 Democratic presidential nomination, is desperate for cash and, over the weekend, his campaign had to beg donors to “dig deep.”

A “close confidante” of Biden’s has reportedly been reaching out to the candidate’s most generous donors, asking them to pony up more money before Biden’s campaign has to scale back, and in a “confidential memo” sent to Biden’s top bundlers last week, Biden’s campaign manager, Greg Schultz, begged for more cash for ads in key states, according to MSN.

“We will have the resources we need to execute our plan,” Mr. Schultz reportedly wrote, according to the memo published by The New York Times. “We’re asking you to dig deep.”

Biden’s campaign started strong after launching in April, raising an astounding $21.5 million in the first few weeks — second only to South Bend mayor Pete Buttigieg, who was then enjoying a honeymoon among well-connected Democrats and hopeful progressives enchanted by his platform and demeanor and eager to support the first Millennial candidate for President of the United States.

When Biden reported his second quarter numbers in July, he was well ahead of both Sen. Bernie Sanders (I-VT) and Sen. Elizabeth Warren (D-MA), both considered Biden’s top rivals for the 2020 nomination, according to USA Today. Biden’s third quarter reports weren’t as rosy; he raised just $15 million over the summer, falling behind both Buttigieg and, this time, Sanders, NBC News reports.

At the moment, it is believed that Biden has only $9 million cash on hand — far too little to last until the Iowa Caucus in 100 days at Biden’s current burn rate, and far less than his top rivals. Sanders has more than $30 million on hand, thanks to a very lean campaign strategy, and Warren, whose profile has surged in recent weeks, has $27 million. Even Sen. Kamala Harris (D-CA), who, after a significant bump in late summer is now polling in the doldrums — the low single digits — has more cash on hand than Biden.

The problem seems to be Biden’s expenditures and not his fundraising skills or Democratic excitement, though both of those factors are also significant. The Daily Beast reported last week that Biden’s campaign was running through money like water, spending close to a million dollars on private jet travel (even though Biden labeled himself the “Amtrak candidate” in a speech about his commute down the Acela corridor while he was a Senator).

He’s also splashed out on high-dollar campaign consultants: $230,000 on “fundraising consultants,” $228,378 on research consultants, $150,400 on “strategic consultants,” and $122,000 for polling. And he hasn’t skimped on his accommodations, staying in five-star hotels from New York to Idaho.

Not all campaigns are able to sustain their spending, but that doesn’t necessarily mean they are doomed to failure. But there’s growing concern, it seems, that Democratic donors are giving less to Biden because they’re hedging their bets on who will come out on top in the nomination contest.

To that end, Biden is reportedly stepping up his fundraising game, traveling to high dollar fundraisers intead of letting his staff handle them, scaling back expenses, and focusing on online donations, which have ticked up for Biden recently, and which seem to increase every time he’s targeted by President Donald Trump.

Whatever strategy he uses, he should make it quick: national polls are now trending towards Warren and her lead is growing in Iowa. Although Biden’s campaign has maintained that he can win the nomination without some of the early states, that strategy will only hold out as long as Biden has the money to push hard in Democratic strongholds like California, and Warren is moving in on his territory there. She just bought more than $2 million in ads in California this week.

Rand Paul: ‘Nobody In The Media Seems To Care’ That Bernie And AOC ‘Supporting’ Ideas Of ‘Stalin And Mao’