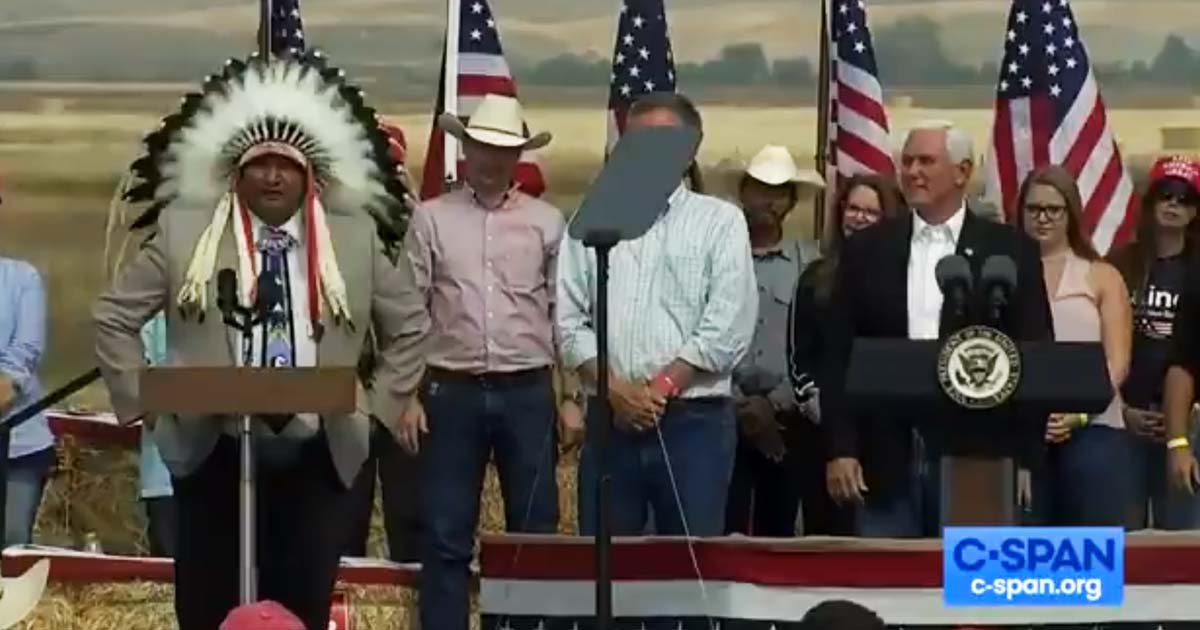 Trump and Pence Get Endorsement of Native American Leader

This is one of those stories that the liberal media not only ignores, but buries.

Native Americans are a minority and therefore seen as a constituency of the Democrat party, so when a Native American leader speaks out on Trump’s behalf and even endorses him, the media won’t tell you about it.

If they do, the story is slanted, like this one from the Associated Press:

Myron Lizer has no qualms about it: As one of the top officials on the country’s largest Native American reservation, he’s a proud Donald Trump supporter.

Lizer is part of a vocal minority pushing the president’s agenda to voters long considered the Democratic Party’s constituency. But Native Americans may be more politically divided than assumed, though not evenly. As in rural America, jobs aren’t plentiful on many reservations and government oversight means economic development moves along at a snail’s pace.

Trump has resonated among those voters, helping him cut into a Democratic constituency in some battleground states.

Alaska, Oklahoma, New Mexico, South Dakota, Arizona and Montana have the highest percentages of Native Americans eligible to vote, according to the National Congress of American Indians. In Arizona, that’s about 310,000 potential presidential votes in a state where tribal reservations make up a quarter of the land base.

He says that ALL tribes benefit under THIS President. pic.twitter.com/y5YA8XRAMb