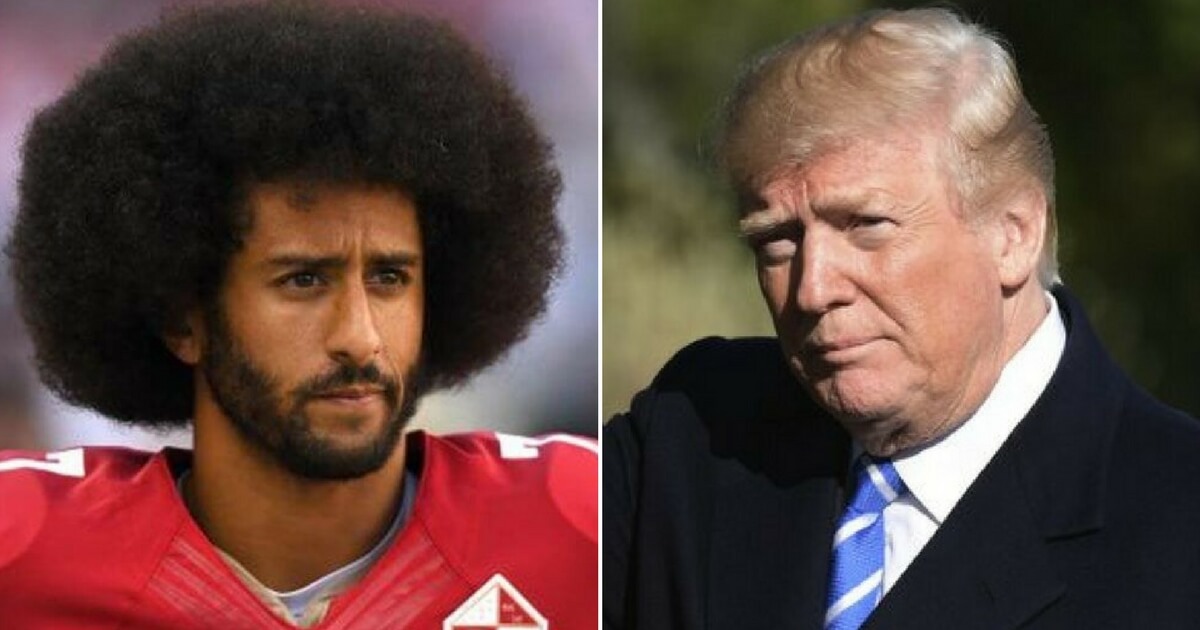 If peace in Korea doesn’t get President Donald Trump the Nobel, maybe peace with Colin Kaepernick will.

The 16-month roller coaster of the Trump presidency — an experience in controlled chaos that swings from aching suspense to thrilling surprises — took another corkscrew twist this week when outspoken Trump supporter and influential clergyman Darrell Scott dropped an unexpected announcement about White House outreach to one of its harshest critics.

And the liberal meltdown is already getting hysterical.

The spark came Friday, when People magazine published an interview with Scott that signaled Trump is willing to meet with former San Francisco 49ers quarterback Kaepernick and other emissaries from the worlds of sports and entertainment.

“He is 100 percent for it,” Scott told People. “He was very enthusiastic about it.”

The magazine reported that Scott, co-founder of the non-denominational New Spirit Revival Center in Cleveland Heights, Ohio, spoke with Trump privately in the Oval Office on Thursday after a National Day of Prayer ceremony on the White House grounds.

On Thursday, Politico also reported that Scott was working with Trump lawyer and former New York Mayor Rudy Giuliani to host multiple summits on race issues at the White House.

Scott said those invited would include rapper entrepreneur Kanye West, who has made a splash of headlines lately with his support for Trump, as well former Cleveland Brown and NFL legend Jim Brown.

However, People’s report was the first time Kaepernick’s name was mentioned and liberals went bananas.

Check out some of these Twitter responses from the Twitter feed of liberal Sirius XM host Joe “The Black Eagle” Madison. The self-righteous paranoia would be funny if it weren’t so infuriating.

Dont fall for it Colin.

This guy is still trying to Appel to his base…keep Obama and Kap name out of your mouth POTUS!!!

If any of them attend I’m done with them all. Athletes & entertainers do not represent me. I support Kapernick all the way but racial summit w/o full representation is unacceptable. He’s a racist-talk is cheap & actions speak louder than words!

That’s a small sample, but it’s a pretty good indicator of where liberals stand on Trump. If he criticizes athletes like Kaepernick who openly, publicly disrespect the American flag, he’s a racist.

How Kaepernick might feel about the proposal isn’t known. A representative told the Huffington Post on Friday that the ex-quarterback wasn’t available for interviews.

But we know how Kaepernick’s supporters feel — which is not interested one bit in any kind of positive discussion about improving things in America. They just want to stew in their own discontent, and spread the misery around as much as possible to help Democrats in November’s midterms.
According to Scott, the idea of the talks to is to try lower the racial tension in this country by hosting White House meetings from across the spectrum.

“We don’t want to sanitize it,” Scott told People. “I want people from the left to attend. I want it to get heated, but I want it to be respectful.”

He put it another way to Politico, noting the meetings would aim for “understanding, a lessening of hostility, a truce, a peace accord.”

“This might be harder to do than the Korean talks,” he said.

If the liberal reaction is any indication, he’s dead right about that.

So if Korean peace doesn’t get Trump a Nobel, maybe Colin Kaepernick will.

What do you think? Scroll down to comment below!

John McCain’s Funeral Being Planned, Pence is Invited but Not Trump