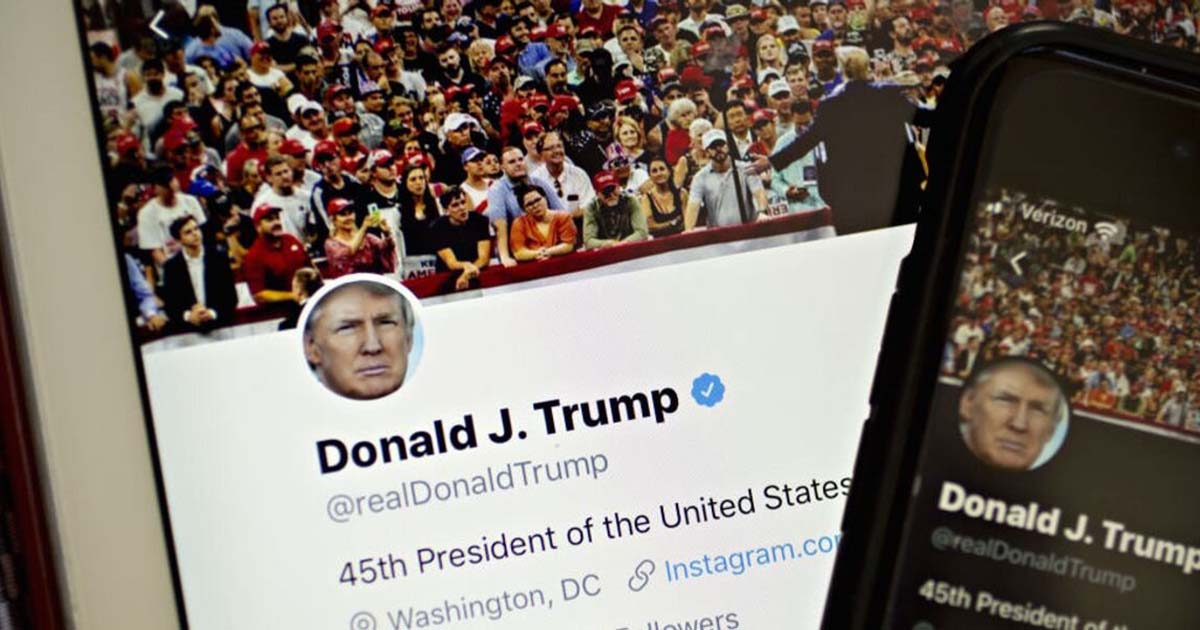 Even before the final lawsuits challenging the results of the presidential election have been decided, Big Tech has declared the winner.

Based on their projections, several news organizations have declared that presumptive potential President-elect Joe Biden won the Nov. 3 contest.

The Trump campaign alleges there has been voter fraud in states that include Arizona, Nevada, Georgia, Pennsylvania, Michigan and Wisconsin. While there have been multiple alleged instances of voting irregularities, proof has yet to surface that there was a widespread effort to distort the voting process in such a way that would have impacted the final results of the presidential election.

Trump has said for weeks that if the election did not go his way, there would be a peaceful transition.

The social media giant said it will transfer the presidential @POTUS Twitter handle to Biden at noon on the day Biden is inaugurated regardless of what Trump does.

All other accounts linked to the president, including the overall White House account and those of the vice president and first lady, would also change hands at that time.

“Twitter is actively preparing to support the transition of White House institutional Twitter accounts on January 20th, 2021,” Twitter spokesperson Nick Pacilio said, according to Politico. “As we did for the presidential transition in 2017, this process is being done in close consultation with the National Archives and Records Administration.”

Twitter said that its action does not require the Trump and Biden teams to interact; it will do all the work.

@realDonaldTrump is the one that Trump has used like no political figures before him, ever since he began his campaign for the Republican presidential nomination in 2015.

However, if Trump leaves office in January, his account will no longer have the automatic protection Twitter gives what it designated as “world leaders.”

Thanks Mark. It’s all a continuation of the never ending Witch Hunt. Judge Brann, who would not even allow us to present our case or evidence, is a product of Senator Pat “No Tariffs” Toomey of Pennsylvania, no friend of mine, & Obama – No wonder. 900,000 Fraudulent Votes! https://t.co/17rk2KsUPs

Twitter has freely exercised its use of warning labels with Trump during the post-election season, as Trump has tweeted allegations of election fraud that has yet not been proven.

Facebook is also planning to transfer all of the White House’s official accounts to Biden and his team as of Jan. 20, according to Reuters.

“In 2017, we worked with both the Obama Administration and incoming Trump Administration to make sure the transition of their Facebook and Instagram accounts was seamless on January 20th, and we expect to do the same here,” Facebook said.

Newsmax Reporter: National Security Source Confirms “A Piece of Hardware Has Been Secured” in Germany