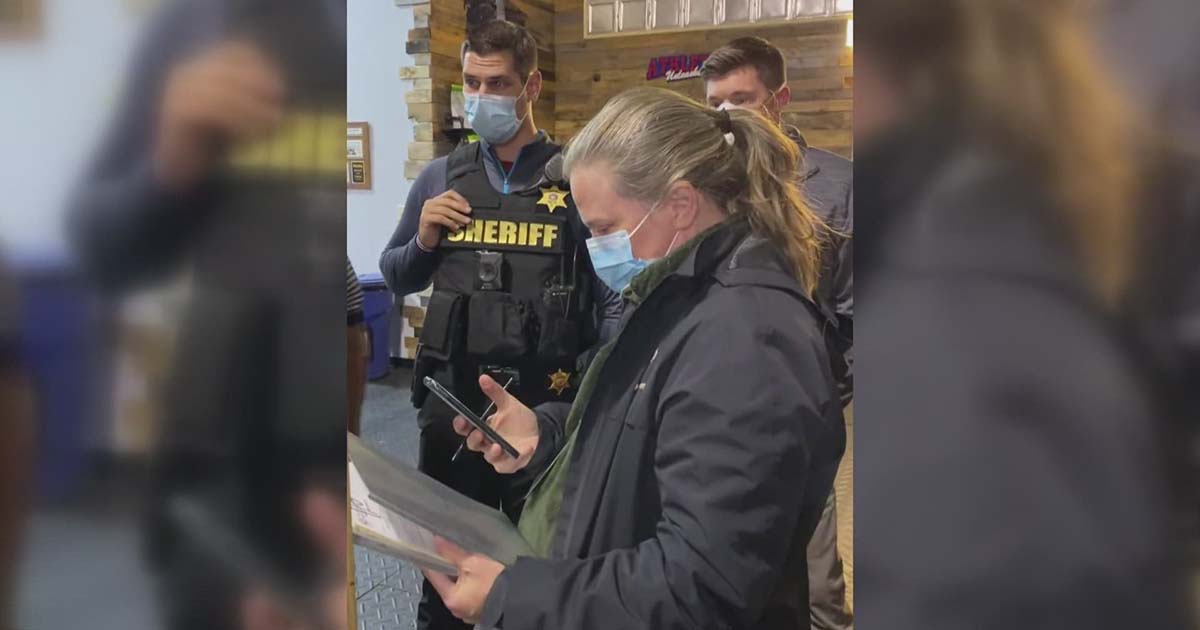 It became apparent on Friday night that some business owners in Buffalo, New York, have had enough of the arbitrary coronavirus-related restrictions handed down by Democratic Gov. Andrew Cuomo that are killing their establishments and hurting their employees.

And, to cheers from the business owners, the authorities complied, leaving the gym and the front of the business, video shows.

According to reporting from WBEN, there were about 100 business owners meeting together before they were reported by an anonymous person for exceeding the Cuomo-edict of no more than 10-person gatherings.

At the beginning of the video, one of the men calmly tells the government officials that unlike them, their income does not come from the taxpayer and that they must stay open in order to live.

“I’ve seen clients die because they’ve lost their livelihood,” the man pleads. “I’m asking for [you guys] to have some compassion for the people that have lost everything.”

“We do have compassion for people who’ve lost everything,” the female health dept. officials responds.

“Do your jobs,” he tells the sheriffs, adding, “Your job is to remove people who are not wanted here.”

“You should all be wearing masks; how come you don’t have masks on?” one of the sheriffs asks. “Don’t worry about my health,” the business owner responds, “My health isn’t your concern.”

“It’s a government mandate,” the sheriff insists. “It’s the law.”

The business owners tell the sheriff it’s “not the law.” The statewide mask mandate is an executive order from Gov. Cuomo and never passed through the legislature.

Chants of “Get out” and “We will not comply” erupted from the business owners as the health dept. worker and the sheriffs were ushered off the property.

Before they are cheered off the premises, it was made clear that the business owners were “reported” by an “anonymous” person, according to the health dept. worker, who insisted it was fine for the complaint to be anonymous.

“Tim Walton attended the meeting that began at around 7pm Friday and tells WBEN there were more than 100 people attending the meeting inside the gym,” the report said. “In a press release and blog post, Walton says the Erie County Sheriff’s Department and Health Department entered the facility and confronted the gathering, telling them they were in violation of the limit to mass gatherings of no more than ten.”

“We’re gathering information and will have more to say at our press conference on Monday,” said Erie County Health Department spokesperson Kara Kane.

“Our health department is out there enforcing the rules,” Erie County Executive Mark Poloncarz responded to the video.

People have had enough of the #COVID19 tyranny curbing their life, liberty and the pursuit of happiness. pic.twitter.com/7lo6YKKVrU