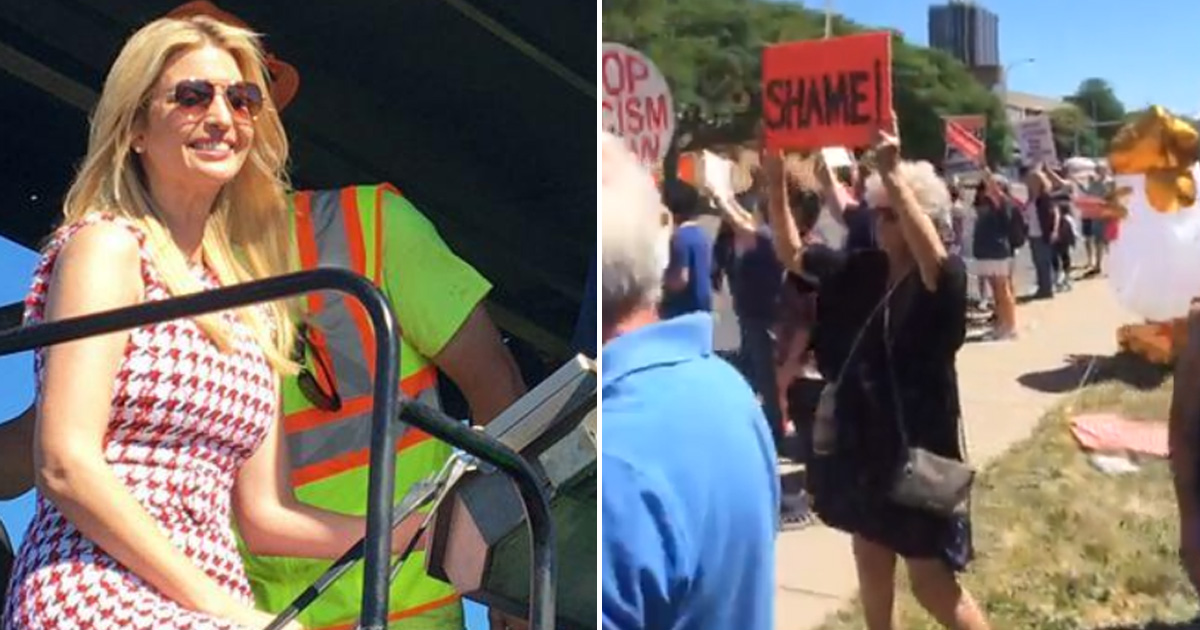 WATCH: Protesters Yell ‘Shame’ at Ivanka Trump as She Attends Roundtable in NY

White House adviser Ivanka Trump was met by a crowd of protesters in upstate New York Tuesday, with the crowd yelling “shame” at her.

“What about the children?” about 100 protesters yelled as President Trump’s daughter arrived at an event in Syracuse on education and jobs.

The demonstration was led by Speak Out Central New York, which posted video of the scene to its Facebook page. The crowd expressed its anger over the Trump administration’s border crackdown, which led to the separation of migrant families.

Reacting on “Fox & Friends” Wednesday, Tomi Lahren expressed concern that the resistance to President Trump and backlash against his supporters will escalate to violence.

“The final stages of Trump derangement syndrome aren’t just heckling and harassment, they’re going to be physical confrontations,” she said.

MSNBC Joins CNN In Ratings Behind Nickelodeon And HGTV