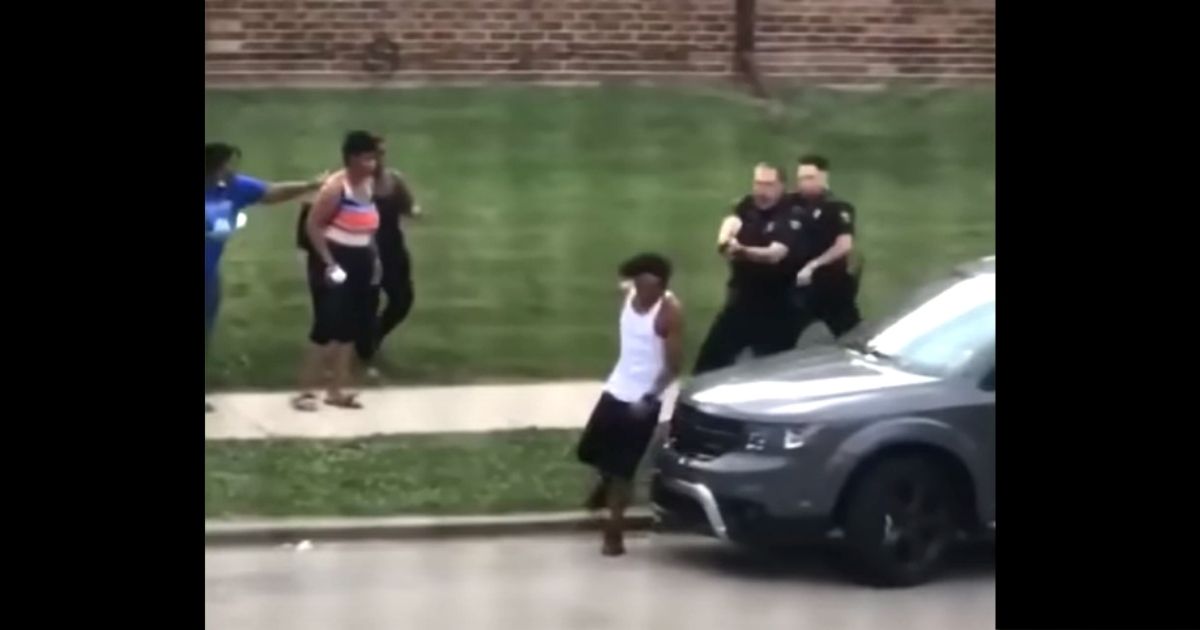 The state agency investigating the shooting of Jacob Blake has revealed that police officers tried nonlethal ways to subdue Blake before the Sunday shooting that touched off riots in Kenosha, Wisconsin.

The Wisconsin Department of Justice’s Division of Criminal Investigation said in a news release Friday that officers were summoned to the residence where the incident took place “after a female caller reported that her boyfriend was present and was not supposed to be on the premises.”

“When that attempt failed, Kenosha Police Officer Vincent Arenas also deployed his taser, however that taser was also not successful in stopping Mr. Blake,” it said.

The DCI release then noted the conclusion to the incident, which has been viewed on video by millions.

“Mr. Blake walked around his vehicle, opened the driver’s side door, and leaned forward. While holding onto Mr. Blake’s shirt, Officer Rusten Sheskey fired his service weapon 7 times. Officer Sheskey fired the weapon into Mr. Blake’s back. No other officer fired their weapon,” the release said, noting that Kenosha police do not have bodycams.

The DCI release also shed light on whether Blake was armed.

“During the investigation following the initial incident, Mr. Blake admitted that he had a knife in his possession. DCI agents recovered a knife from the driver’s side floorboard of Mr. Blake’s vehicle,” the release said.

Raysean White, who made the cellphone video that was the world’s first glimpse of the shooting, has said he heard police yell, “Drop the knife! Drop the knife!” prior to the shots being fired, according to The Associated Press.

In the aftermath of shots being fired, police “immediately provided medical aid to Mr. Blake. Flight for Life transported Mr. Blake to Froedtert Hospital in Milwaukee,” the DCI release said.

It said Sheskey has been with the Kenosha police for seven years, while Arena joined the department February 2019 after having served with the U.S. Capitol Police Department. Kenosha Officer Brittany Meronek, who joined the force in January, was also on the scene, the release said.

On Friday, Kenosha Police Association attorney Brendan P. Matthews and the union released a statement about the incident, according to the Milwaukee Journal Sentinel.

“The recent officer-involved shooting in Kenosha has produced a variety of feelings and narratives; most of which are wholly inaccurate,” the statement said.

“The purely fictional depiction of events coming from those without direct knowledge of what actually occurred is incredibly harmful and provides no benefit to anyone whatsoever, other than to perpetuate a misleading narrative,” it said.

“The lawyers for Mr. Blake, among others, have continued to provide false and misleading ‘facts’ to the public, in what can only be considered a ploy for attention and sympathy.”

The statement said the officers knew of Blake’s warrant on a felony sexual assault charge when they arrived on the scene.

It said Blake was armed with the knife mentioned in the DCI release.

The statement said that police saw the knife while they were on the passenger side of the vehicle and that the knife was visible in the video White took of the incident.

Blake’s family has said Blake did not have a weapon on him at the time of the incident.

How Rich: Chelsea Clinton Is Telling Parents How to ‘Erode White Privilege’ Out of Their Children