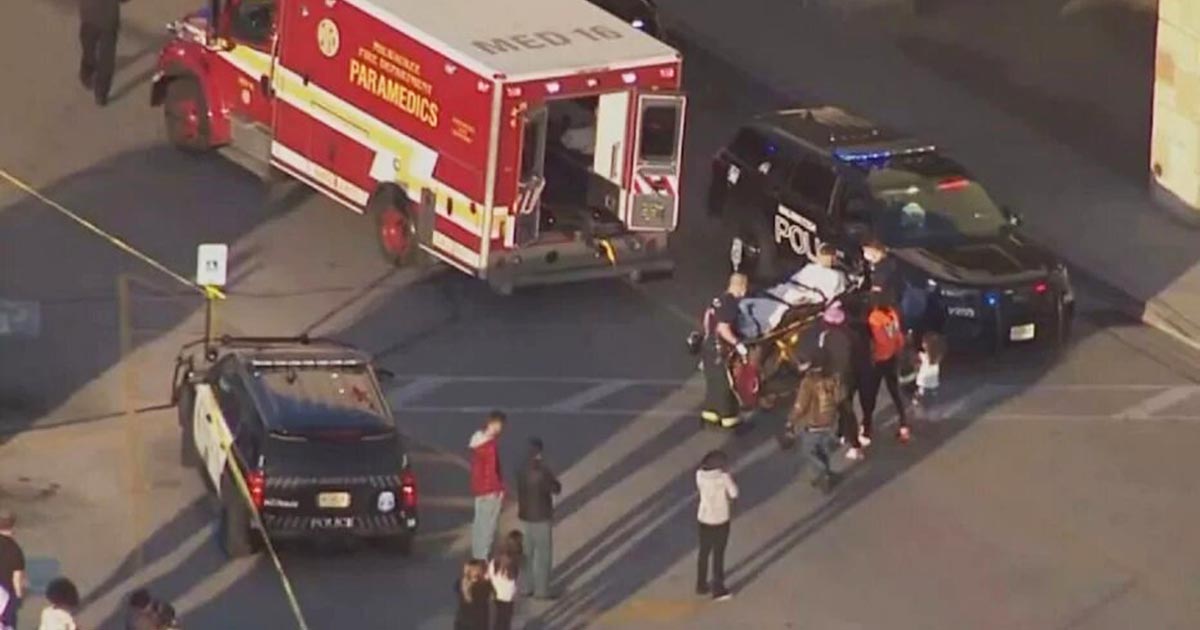 At least eight people — including a teenager — were wounded during a shooting inside a suburban Milwaukee shopping mall Friday and the suspected shooter was still being sought, officials said.

Authorities responded to an entrance near a Macy’s inside the Mayfair Mall in Wauwatosa around 3 p.m., police Chief Barry Weber told reporters. The suspect was no longer at the scene when first responders arrived, he said.

Seven adults and one teen were taken to a hospital. The extent of their injuries was unclear Friday night, Weber said.

“Everybody was alive at that time,” Weber said of the wounded people.

Based on witness descriptions, authorities believe the shooter to be a White male in his 20s or 30s. The mall was expected to remain closed until further notice.

The police department in Wauwatosa — a city of 46,000 residents just west of Milwaukee — did not respond to calls and messages from Fox News.

The FBI and the Milwaukee County Sheriff’s Office also responded to the area to support local law enforcement efforts.

Police are actively investigating an incident at Mayfair Mall. The mall is currently closed. Please use alternate routes to get through the area. For the most accurate information, follow our official social media on Facebook and Twitter.

A woman who was shopping in a Macy’s on the second floor told Milwaukee’s WISN-TV she heard eight to 12 gunshots. Another woman said a friend who works inside the mall was hiding in a stockroom after shots rang out.

A man said his daughter called him from inside the mall, during which he heard gunshots over the phone and what sounded like people running for cover.

The Milwaukee County Transit System tweeted that buses to the mall were unable to enter the property due to an “emergency incident.”

Photos posted to social media showed police cruisers in the mall parking lot. The Milwaukee County Medical Examiner’s Office tweeted it was not sending anyone to the scene.

In a statement to Fox News, Brookfield Properties, the owner of the mall, said it was “disheartened and angered that our guests and tenants were subject to this violent incident today. We are thankful for our partners at the Wauwatosa Police Department and we are cooperating with them as their investigation develops.”

The mall was the site of a February shooting in which a city police officer, Joseph Mensah, shot and killed Alvin Cole, a Black 17-year-old. Police said Cole was fleeing from police; Mensah, who is also Black, said he shot Cole because Cole pointed a gun at him.

The mall was the target of sporadic protests over several months in the wake of the shooting. The Milwaukee County district attorney declined to file charges against Mensah, but the city this week agreed to a separation agreement in which he will be paid at least $130,000 to leave the force.

Sidney Powell: Evidence of Voter Fraud Could Be Released Online ‘By This Weekend’