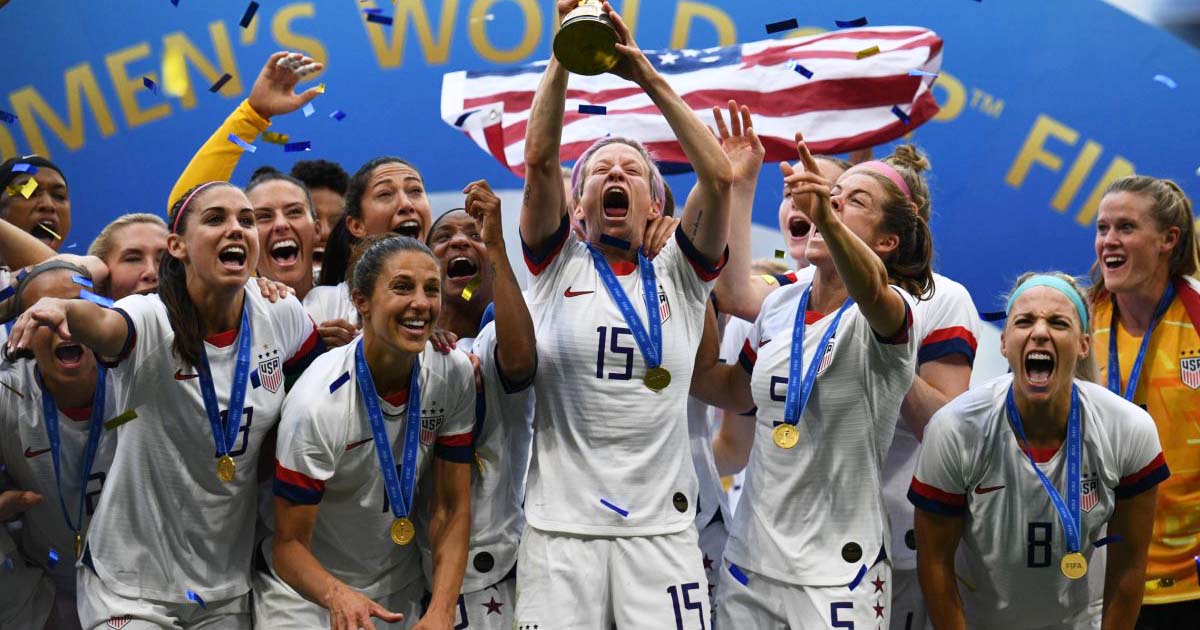 Women’s Soccer Players Say They Deserve ‘Equal Pay.’ But The Stats Show That They Are Actually Overpaid.

The players on the women’s team, along with the fans in the stadium, various presidential candidates, and a chorus of other feminists, have all insisted that female soccer players are the victims of a sexist wage gap. After all, they are paid less than male players, and misogyny is the only conceivable reason for this disparity. It is time, we are told, to rectify this injustice.

But is there any truth to these claims? Are women in soccer underpaid? If there is a gender pay gap, could there be a reasonable, non-bigoted explanation for it? Let’s take a look at the facts.

First, we should clarify a crucial point. You’ve probably heard that the women should be paid more because they’re better and they earn more revenue. Both of those claims are extremely misleading. It’s true that the women’s team is more successful against women than the men’s team is against men. That does not mean that the women are actually better players. Keep in mind that the U.S. women’s team lost to a bunch of 13- and 14-year-old boys a few years ago. If they couldn’t beat adolescent boys, they can’t beat grown men.

As for revenue, historically U.S. men’s soccer has generated more revenue than U.S. women’s soccer. That gap has closed in recent years, and now the women generate slightly more than the men — though this only takes into account ticket sales, not TV deals and merchandise. But the pay gap in U.S. soccer is not nearly as large as advertised. The highest-paid female soccer players in this country are paid almost the same as the highest-paid male soccer players. The pay gap in U.S. soccer only widens among the lower-tier players. The top stars are already on a very similar pay scale, as The New York Times notes:

According to figures provided by U.S. Soccer, since 2008 it has paid 12 players at least $1 million. Six of those players were men, and six were women. And the women hold their own near the top of the pay scale; the best-paid woman made about $1.2 million from 2008 to 2015, while the top man made $1.4 million in the same period. Some women in the top 10 even made more than their male counterparts over those years.

Megan Rapinoe has specifically condemned FIFA for this pay gap, and the FIFA president was booed over the issue after the World Cup in France. The fans in France weren’t chanting “equal pay” because they want equal pay just in U.S. soccer, where the pay for top stars is already close to equal. They want it internationally, where the pay is definitely not close to equal. But that inequality, as Forbes explains, is entirely due to the astronomical disparity in revenue:

So that is $6 billion v. $131 million. The women aren’t even in the same universe, in terms of revenue. If the women were paid the same total as the men — $400 million — they would be making nearly four times more than they generate. The men make 7% of their revenue. The women apparently want 400% of theirs. That’s absurd, obviously, to say the least.

Megan Rapinoe, humble as always, will settle for just a meager quadrupling of their prize money. But $30 million quadrupled is $120 million. That would be close to 100 percent of their revenue. Again: The men only make 7%. Already, the women are earning around 20%. Indeed, if we want to be “fair” and “equal,” we must conclude that the women are overpaid. Or else the men are underpaid. Either way, on an international scale, if there is a gender pay gap, women are the beneficiaries of it.