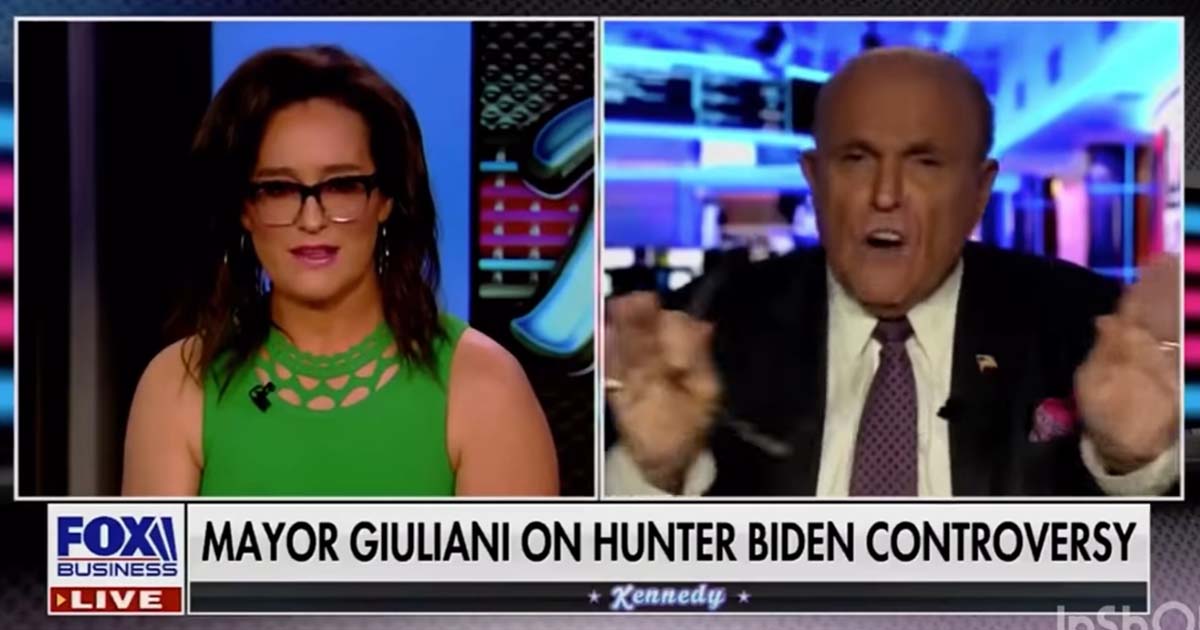 ‘You Better Apologize for That!’ — Rudy Giuliani Explodes After Fox Host Accuses Him of Making Up Allegations Against the Bidens

It is well know that FOX Business Network host Kennedy is an anti-Trumper. She’s not shy about it.

On Thursday she took it to a new level accusing former New York City Mayor Rudy Giuliani of pushing “adulterated” information against the Biden family.

She then attacked him for traveling to Ukraine to investigate the Biden Crime Family.

For the record, we now know from documents on Hunter Biden’s computer that Rudy Giuliani and President Trump were 100% correct on their assertions that the Hunter Biden was making millions from Ukraine as part of the family’s multi-million dollar international pay-for-play scandal.

And then Kennedy accused Rudy Giuliani of acting like Chris Steele the author of the fraudulent Steele dossier.

How ignorant and completely reprehensible.

That’s when Rudy exploded and accused Kennedy of defaming him:

Rudy Giuliani: “You better apologize! You better apologize for that! I’ve been an United States Attorney, Associate Attorney General, Mayor of New York City and a member of the bar for 50 years! I’ve never been accused of anything. And you’re accusing me of being Christopher Steele!? That’s outrageous and your doing that based on nothing!… I went on your show in good faith to give you evidence that is being withheld from the American people, and I get defamed! “

Rudy wasn’t going to sit through that abuse.

Dem Rep. Sounds the Alarm: ‘It’s Tightening Here in Michigan…Autoworkers Who I Thought Were Voting For Biden Told Me They’re Voting For Trump’